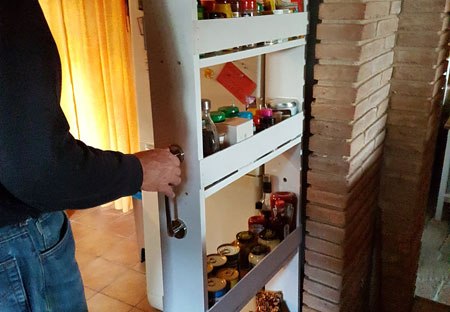 Have I mentioned how lucky I am to have such an amazing husband? Okay,  I did mention it here and here. I really am very lucky.

As Bob does 99.9% of the cooking (hey he doesn’t cook when he is traveling) I certainly want the cooking preparation to be as easy as it can be. So I suggested that he build us a pull-out pantry next to the refrigerator. I know! You are all thinking how extremely thoughtful this was of me.

The fact that I suggested this right after he finished the new shelves that he built was probably why he seemed less than enthusiastic at first. So, I didn’t mention it again for a week or so.

Our wonderful kitchen does not have a pantry so we have made due with under-the-counter cabinets. This would be a good solution if we only had a couple of items but since that will never be reality (hey we need to eat) it doesn’t really work for us. 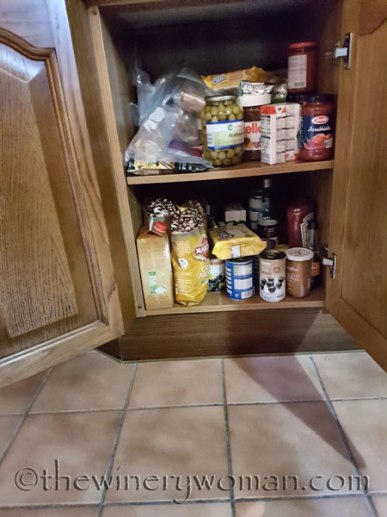 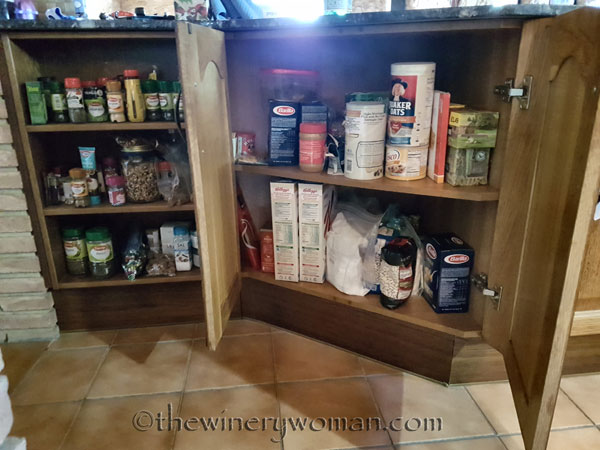 It is impossible to see what we have and it seems that what we need is always tucked in the back. The other day we were grocery shopping and I made sure we bought a bag of coffee beans because we had just opened what I thought was the last one. Guess what…we have 3 bags of coffee beans now. You see the problem now, right?

I had shown Bob a couple of photos on Pinterest of the pull-out pantry when I first thoughtfully suggested that he build one. And last week he started sketching his design for it. See…I leave it alone for just a bit and then he starts to think about it.

Monday we went Fes Més Bricolatge to buy what he needed and that afternoon he started on it.

Of course one of things that we had shipped over with our belongings was a drill. Which means we need the converter for it.  The converter that just broke. Ugh.

Thankfully our friend and neighbor Kim loaned Bob his drill and he was able to  proceed.  Thanks Kim! 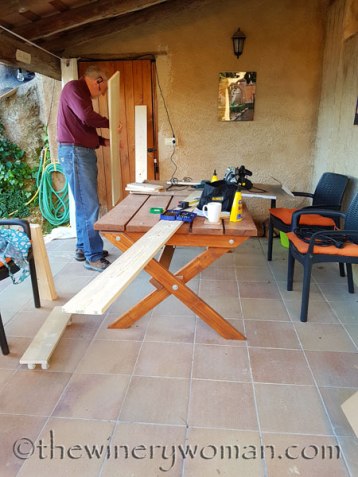 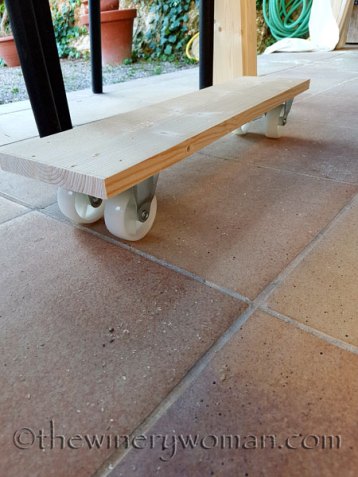 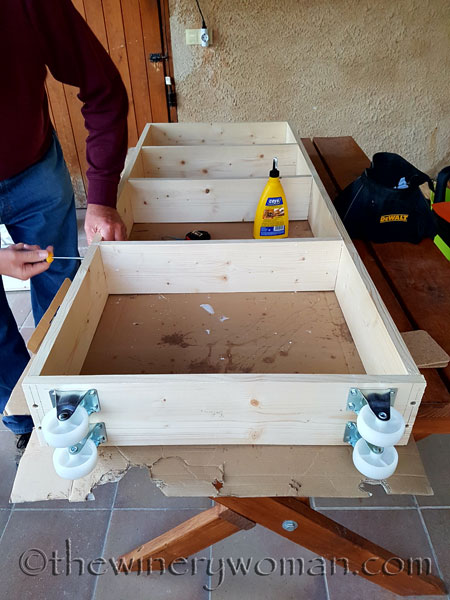 Trying it in place. 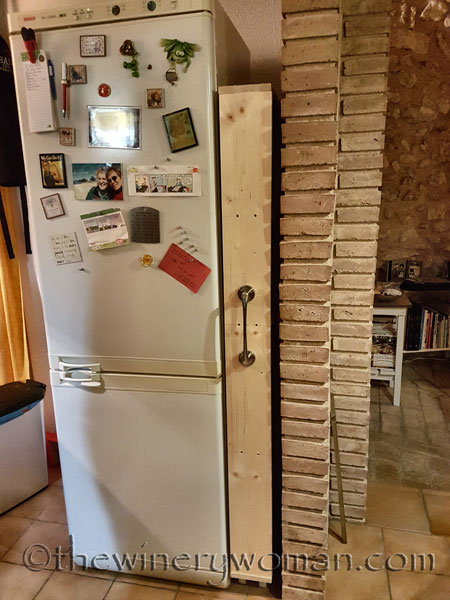 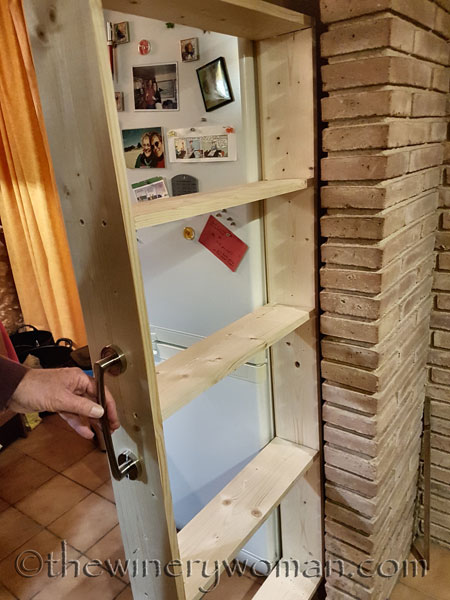 Then back outside to finish it and paint it the next day. 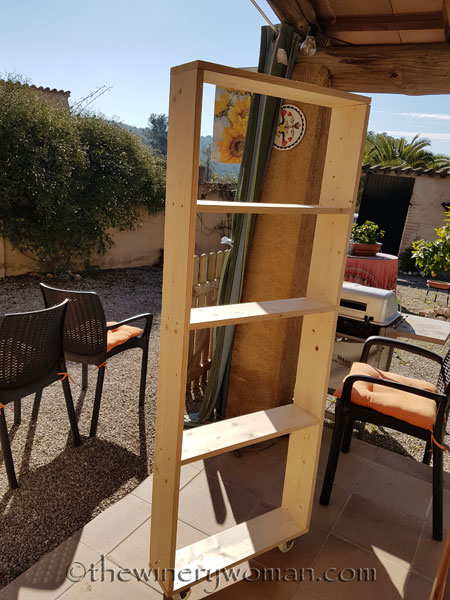 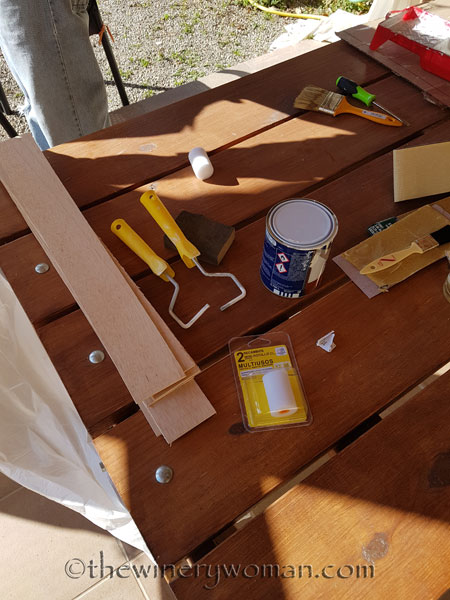 Yesterday he finished it and filled it up. He asked me about the placement of a couple things but I told him that he is the one that is going to use it 99.9% of the time (ya know when he isn’t traveling and not cooking) so it’s his call. 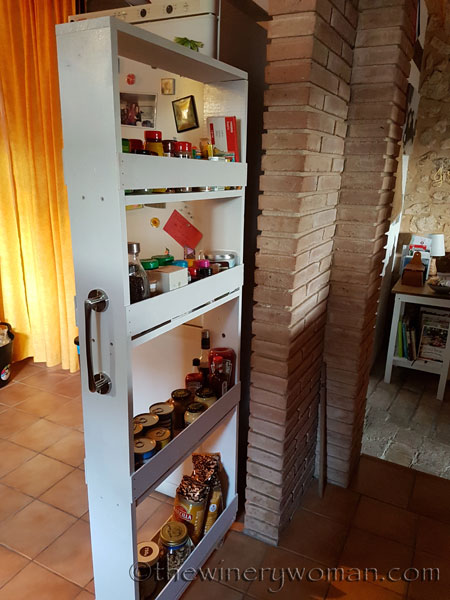 Did you notice the 3 bags of coffee beans on the bottom shelf?! 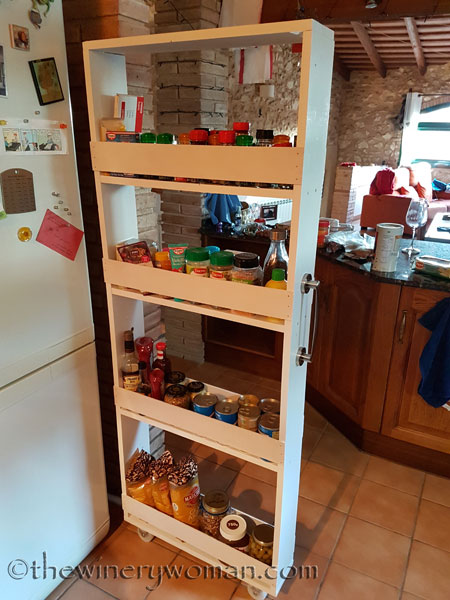 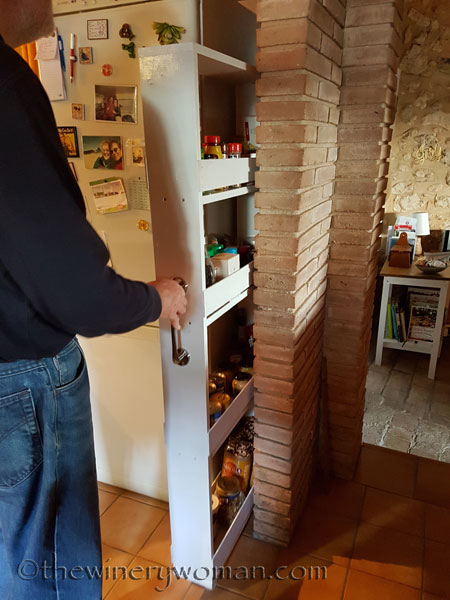 Thanks Sweetheart for building it and I hope it makes cooking for me that much easier. 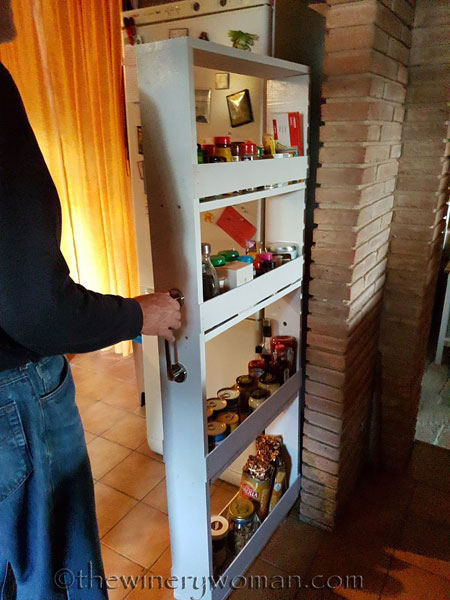 Oh…and I have no idea why this photo below makes the kitchen look really crooked. It really isn’t. 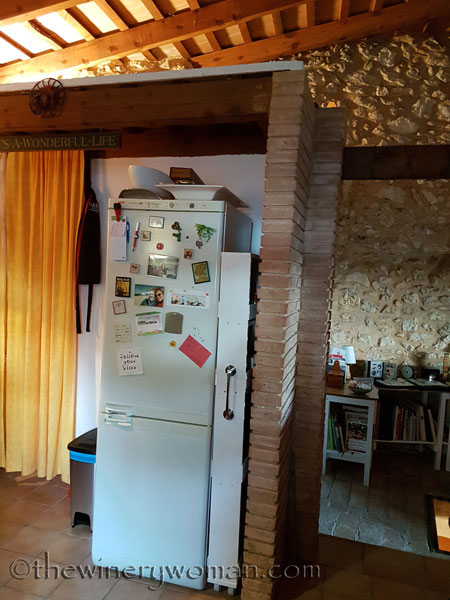