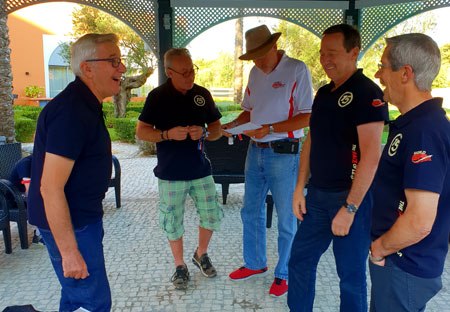 Last weekend Bob and I worked an event with World GP Bike Legends at the Estoril Classic in Portugal. Classic events involve historic cars and motorcycles being both raced and displayed. There are a number of these events around the world and they are becoming increasingly popular. People who love racing associate closely with both the machines and the riders and drivers who raced them. With modern racing becoming increasingly restrictive in both access to the stars and as well as the vehicles being less relevant to average drivers, historic racing is one of the few growth areas in motorsport today.

Bob has worked with Wayne Gardner on a couple of these events, at Silverstone and Monaco, but this was my first one. We flew to Portugal on Thursday the 4th. On Friday we started the set-up. 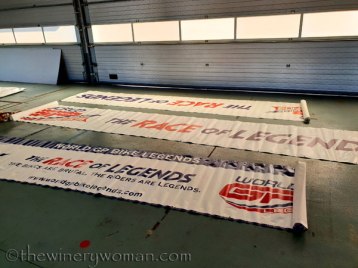 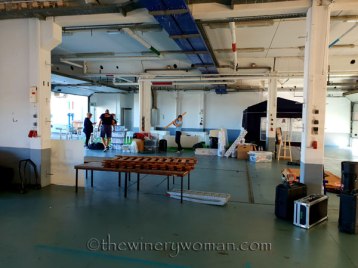 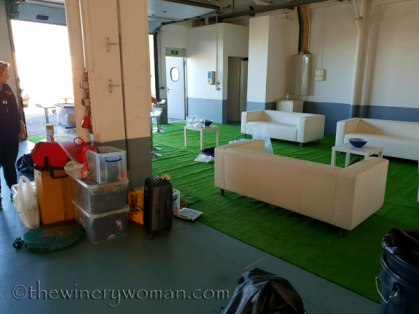 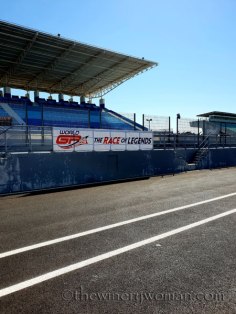 I’ve been around racers since 1982 and I will never tire from hearing them tell stories about past races, wins and losses. I love it. 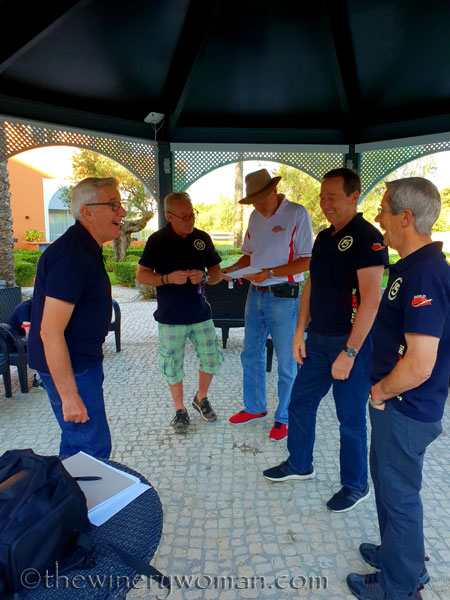 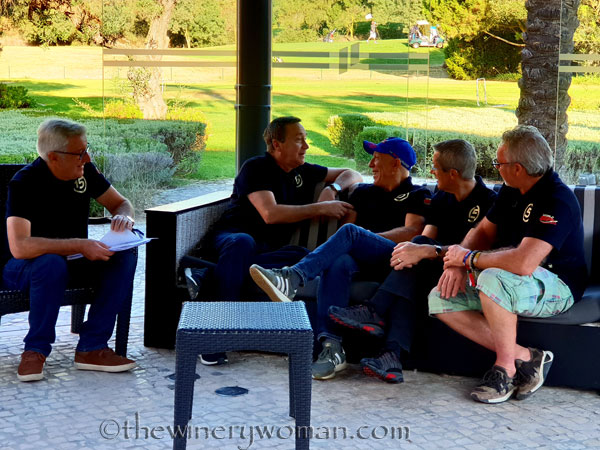 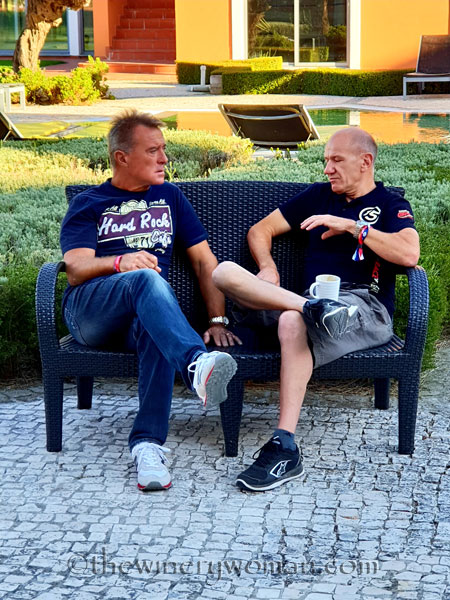 Bikes getting prepped. As well as the display and parade of the classic bikes our stars entertained the crowd on modern machinery so as not to wear out the precious historic bikes. Let me tell you they were FLYING! 296kph (184mph) on the straight. These guys still know how to do it and still love every minute of it. 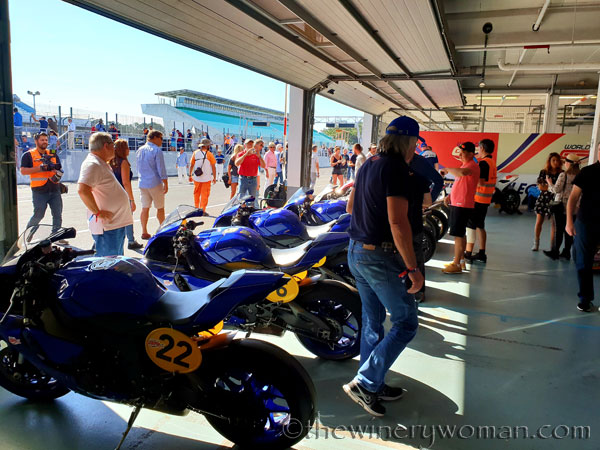 Autograph sessions and photo ops. The riders are so accessible to their fans, unlike today’s MotoGP. 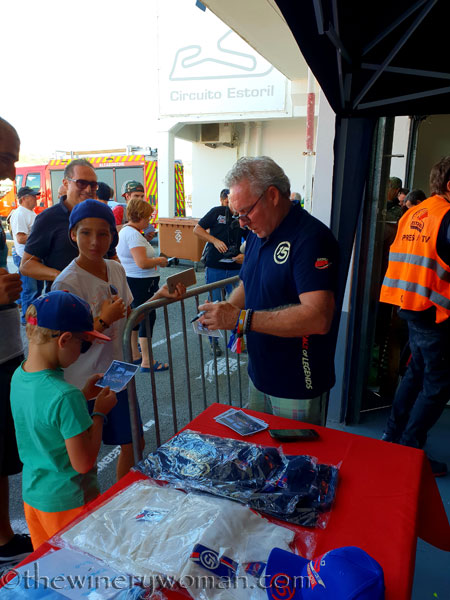 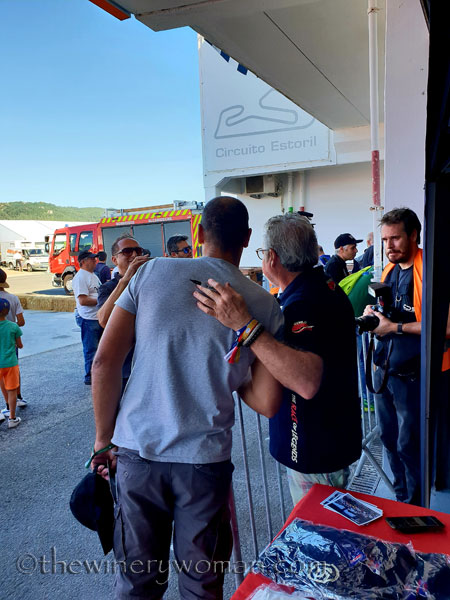 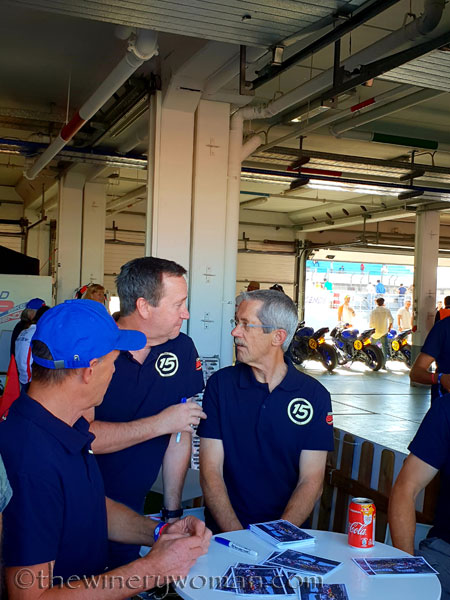 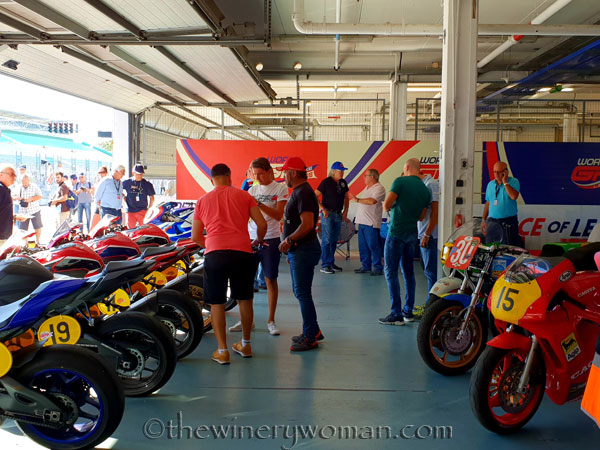 There were races both Saturday and Sunday. 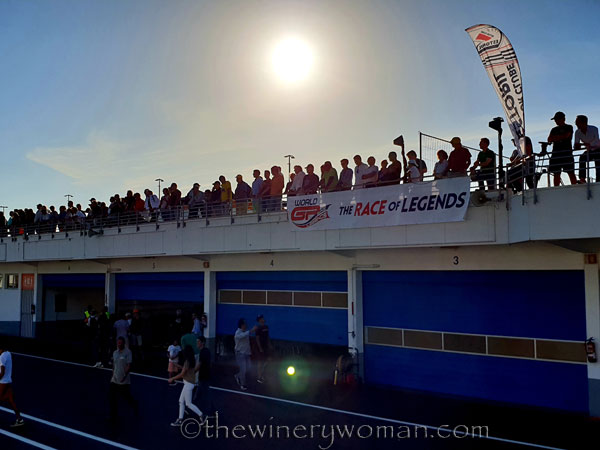 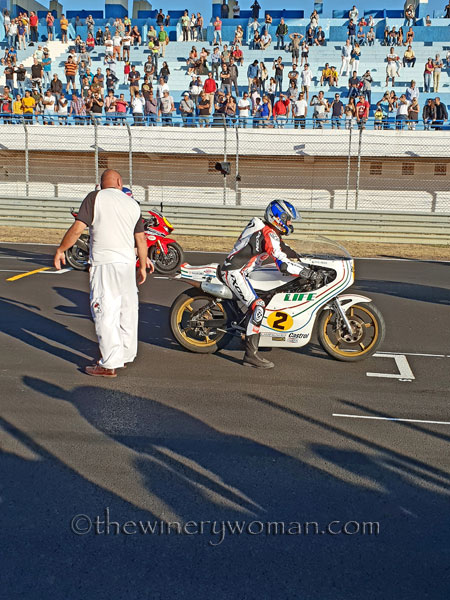 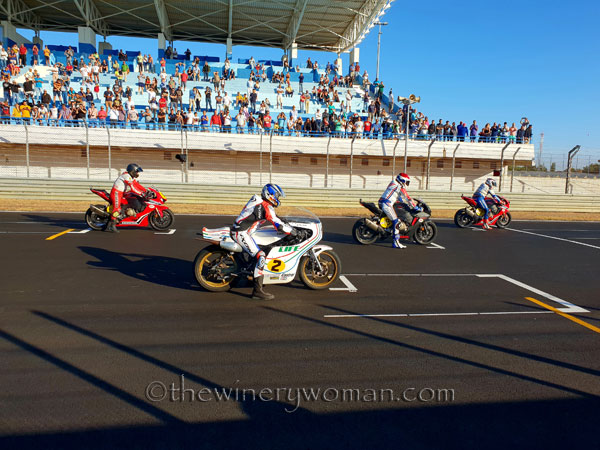 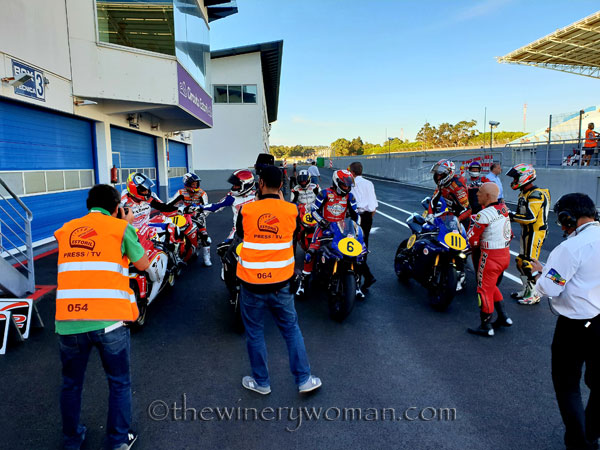 After the trophies were handed out to the top three riders, all of the guys took to the podium.

Did I mention the story-telling?! 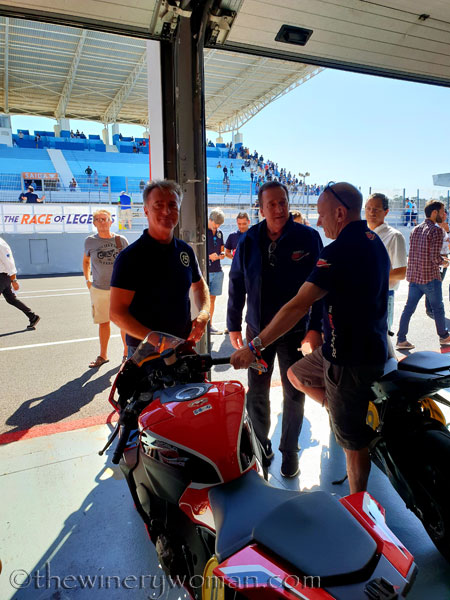 This Moriwaki is the bike that started Wayne Gardner’s career!

For all of you rev heads out there. Pity you can’t get the smell of two-stroke.

After tearing it all down on Sunday evening we packed up the van for the trip home. Instead of flying back Bob and I drove the race van back on Monday. I even drove the crazy bit through Madrid. Woohoo me! The speed limit for cargo vans is 100kph (62mph). If you drive the speed limit, which we did, it is a 14-hour drive. It may have been a long day but wow it is a gorgeous drive and we had one of the most amazing sunsets as we were going over the mountain pass.

2 thoughts on “A weekend at the races”