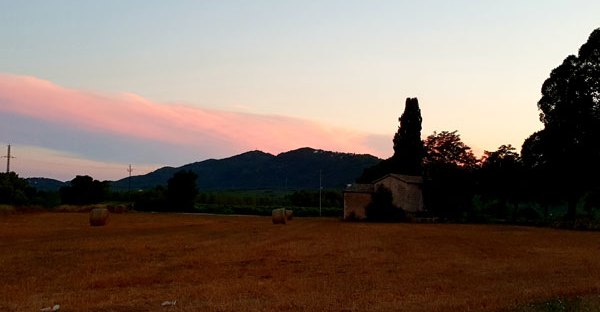 It’s been kind of a funny ol’ week. Bob arrived home from England on Monday late afternoon. He had a great time working with Wayne Gardner for the World GP Bike Legends at the Silverstone Classic.  Champion race legends supported by a great crowd. A gentleman even asked Bob for his autograph as he had taken a holiday just to see Philip Island International Circuit that Bob had rebuilt.

We didn’t have a lot on our schedules this week. We met with our lawyer on Tuesday afternoon to have new wills drawn up. Living in a country where laws are completely different it had been on our list for some time. This adulting stuff isn’t as fun as we all thought it would be when we were young and wanted to be a grown up. Thankfully this was a very easy process and our lawyer made an appointment for Thursday (today) at the notary to finalize the will.

After our appointment we grabbed one of the outdoor tables at Los Vikingos and ate yummy tapas and watched the parade of tourists. Always good entertainment. We took care of a couple of errands while we were in Sitges and of course I had to snap a couple of photos. A beautiful summer’s day. Then back home and we both got some work done. 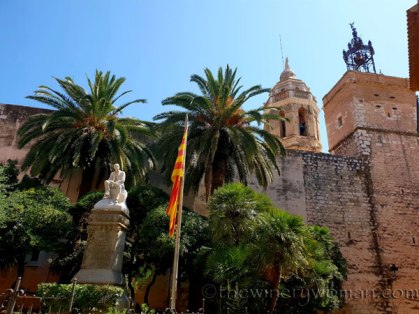 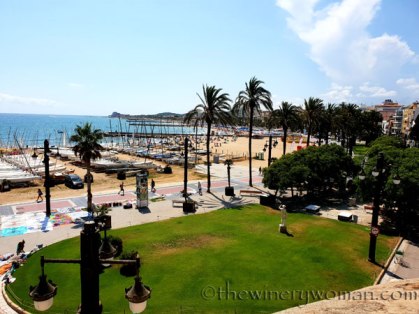 Wednesday we needed some beach time and even though it was a bit cloudy we enjoyed about two and a half hours on the beach.

Again people watching is always great there. The photo isn’t close up but here are a dad and son and a granddad and granddaughter creating sandcastles together. Memories those children will treasure for years to come.

Back home Bob made us a fabulous salad for lunch. Afterwards he had a conference call scheduled and I got some writing done.

A short time later, our friend Mark texted and asked if we could give him a ride to the hospital emergency room. WHAT?! He had hurt his knee last week and after seeing the doctor yesterday was told he needed to have it immobilized as the patella knee cap was dislocated. Ouch! The quickest way to get it done was to see his doctor first then they made an appointment at the emergency room at the hospital and he was seen straight away. We picked him up from home and dropped him at the hospital and went off to run some errands down the road. When we arrived back at the hospital about 30 minutes later he was done. WOW! Once back at his place we stopped in for a glass or two of vino. When we arrived home we were greeted by the almost full moon and the remains of the sunset. 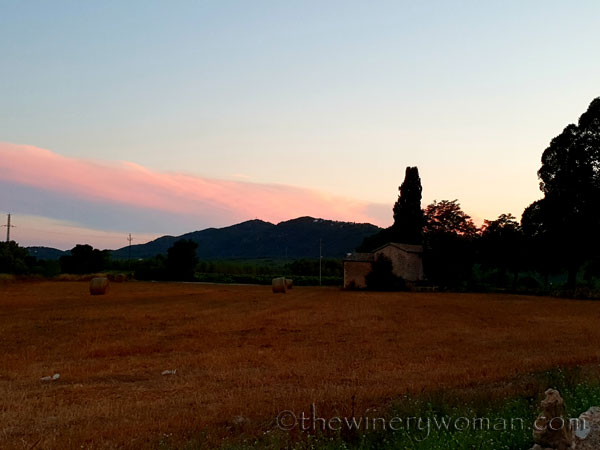 This morning I had a phone call about a FedEx delivery and although there was the normal language issues we agreed (at least that’s what we thought) for the delivery after 4pm this afternoon. We had our appointment with our lawyer at the notary’s office this morning which was easy and walked out with our wills complete.

We had a couple of errands to run in Sitges and then headed to Mark’s to drive him into town. His appointment was delayed and so we had coffee in a lovely old town square. As we were sitting there it was delayed again so we decided to have lunch at his favorite Indian restaurant, Mumbai. I’ve eaten there twice before with him and it is wonderful. After lunch we went to his appointment and then took him back home where hopefully he is now resting his leg.

We arrived home shortly before the FedEx delivery arrived. When I ran out to meet the driver I could smell that his truck’s radiator was running quite hot. I was barely back in our house when he called me and asked if he could get some water as his truck was overheated. Of course! So I filled up a bucket and headed up to the top of the lane where he had stopped his truck. He filled it up and although it seemed to be coming out the bottom of the engine just as quickly he decided to drive off before it got worse. I think he wanted to get closer to where someone could help him when it completely quit on him.

I must tell you he was very lucky in his timing in asking us for water as we had come home to no water and it had just come back on when he arrived. Timing is everything.

Tomorrow we will get to the beach early and enjoy it before it gets to hot and the crowds arrive.

The village has been especially quiet this week as all of the staff of the vineyard are on holidays. So, no tractors going by, no worker’s old truck. It is kind of strange really.

That’s about all for now. I can’t believe it is Friday already tomorrow and does anyone know how the heck it is the end of July?!?!?!

4 thoughts on “Our busy unbusy week”