Happy first day of March!!! Oh my, how did it get to be March already? Wasn’t it just Christmas? (In case you need a head start on your Christmas shopping or planning you now have 299 days)

March is also significant for us as the end of the month will mark one year since we started this great adventure of living in a hilltop vineyard in Spain. How is it almost one year? More on that in the days and weeks to follow I’m sure.

But before that I’m just going to share with you more pictures and videos of the snow that we had yesterday morning. As I told you yesterday I had to venture out and snap some shots of the snow in the hope that it is such a rare occurrence here that it was my only chance. (read: fingers crossed)

It was so peaceful. 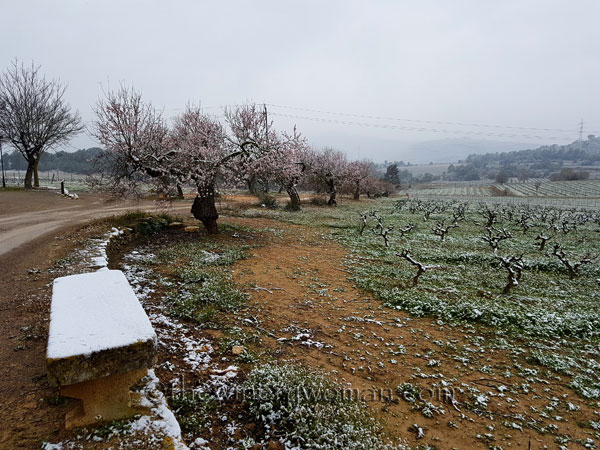 I don’t think my “me tree” likes the snow on her nose. 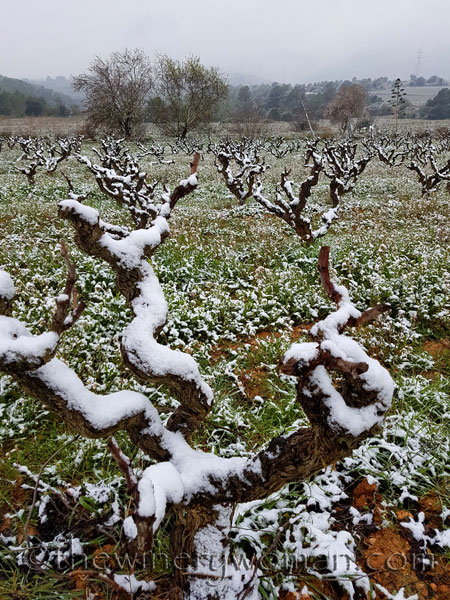 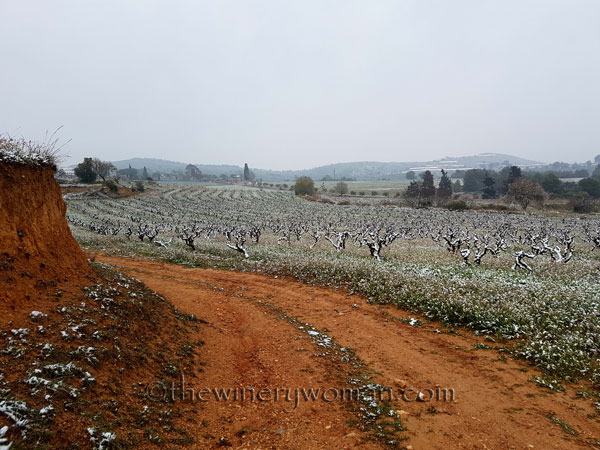 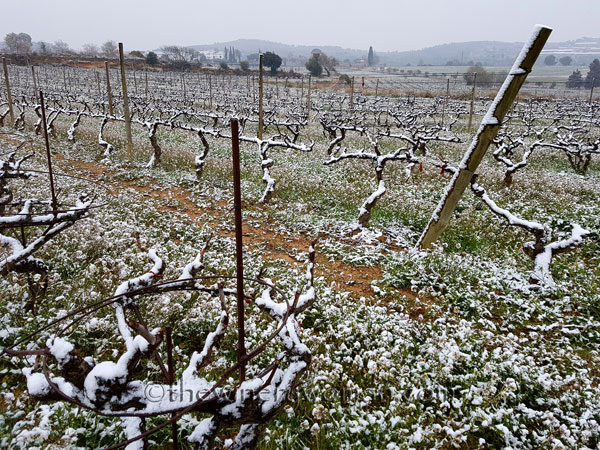 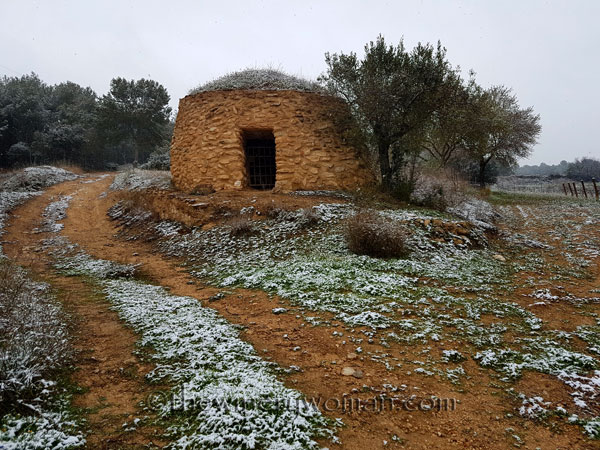 A dusting of snow. 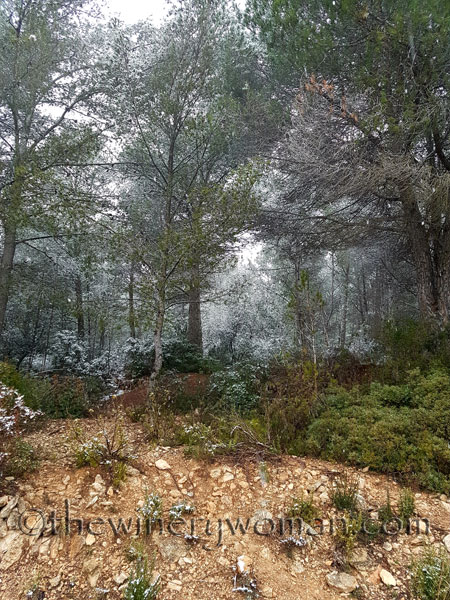 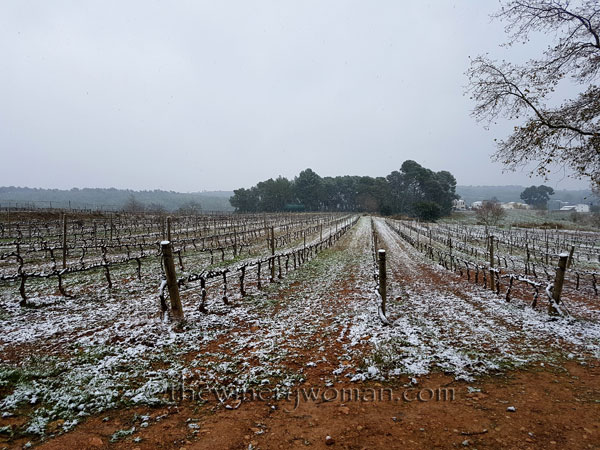 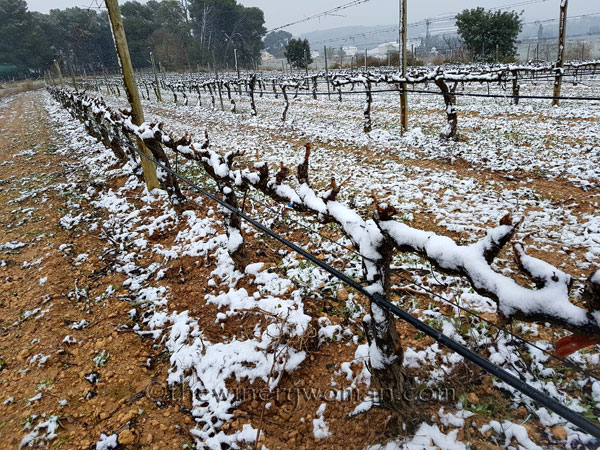 Our village looks so tranquil. 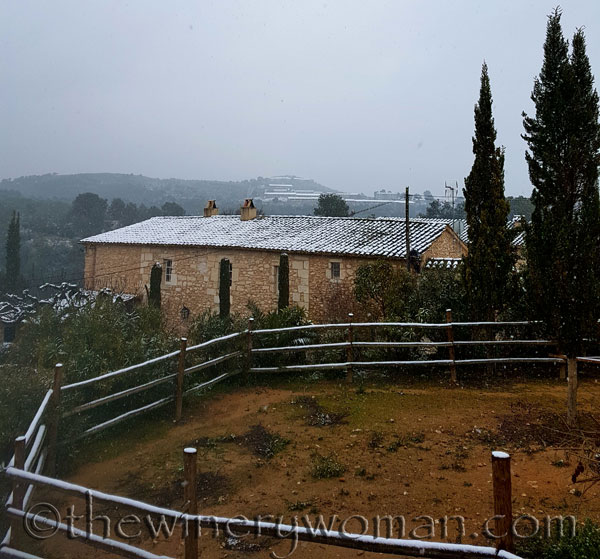 The snow was soon followed by rain which melted it away. Hopefully that is the last of Winter.

Bob just said, “Start the new month as you mean to go on.” On that note I am really glad that the snow came at the end of last month and not today. I do not want to go on with more snow as pretty as it was.

Here’s to March! Here’s to pushing the restart button.