Yesterday, we attended an Open Day at the Autódromo de Sitges-Terramar. The circuit is a concrete oval constructed in 1923. The banking is sixty to ninety degrees. Insane! To give you an idea of the difference to tracks you may be familiar with, Daytona is about thirty-one degrees and Talladega is thirty-three degrees banking. 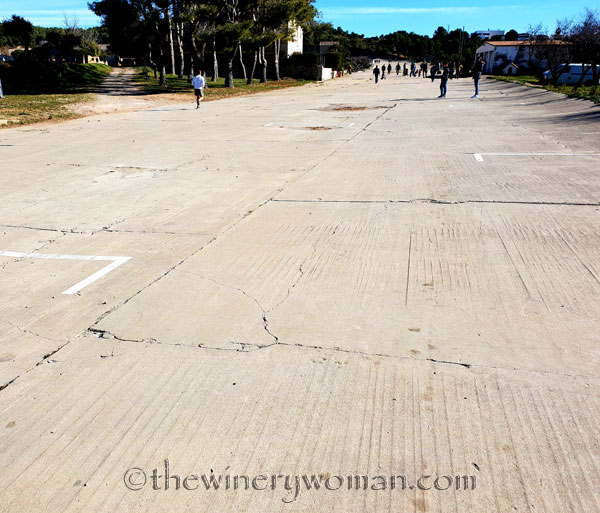 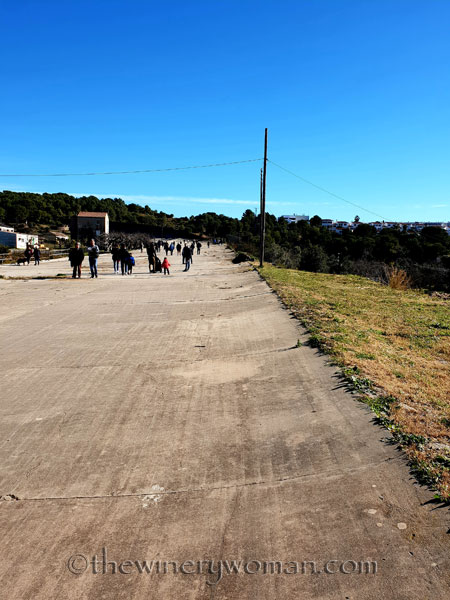 The circuit was the site of the first Grand Prix of Spain. It had financial difficulties when it opened and the owners were unable to pay the drivers at the inaugural event which, led to the international races being banned. That and safety issues due to the steep banking saw it close in 1925. It reopened in 1932 with motorcycles racing for a time. It closed for the final time in the 1950s. Since then it has been a sheep farm and a snake farm. EWWW. 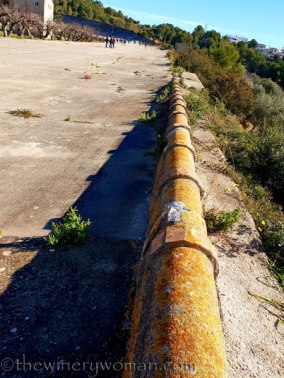 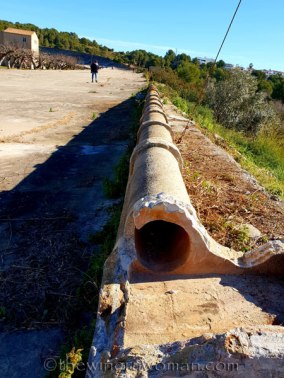 Yes, the guy above Bob crawled up the banking.

Bob imagining what racing this banked circuit must have been like. Also thinking about how they actually built this. 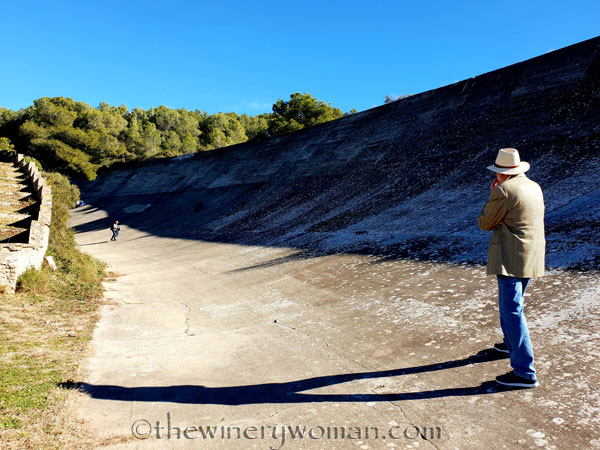 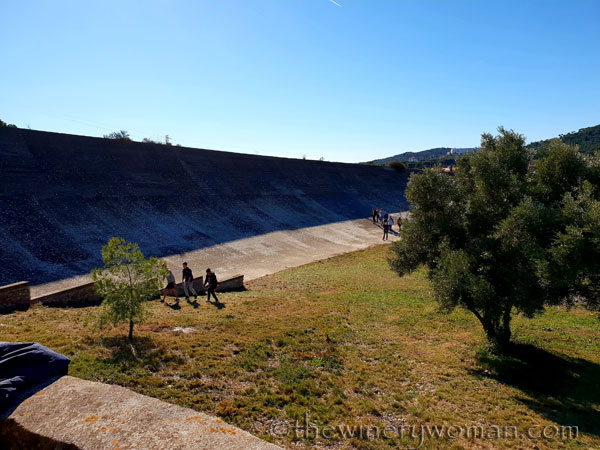 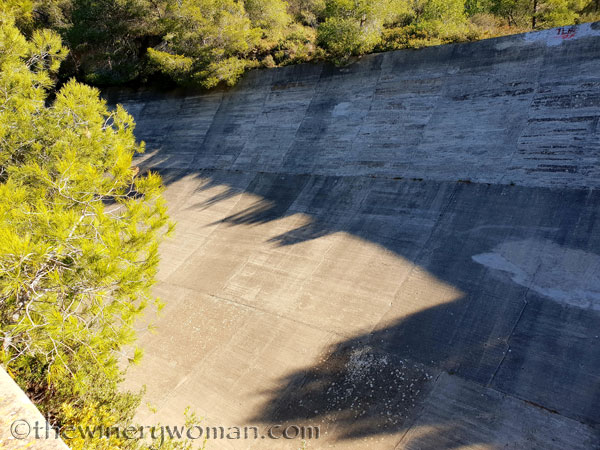 Bob had been to the circuit back in 1992 when he lived here but it was my first visit. You can just get a glimpse of the banking from the freeway as you head to Sitges so I have always been curious. 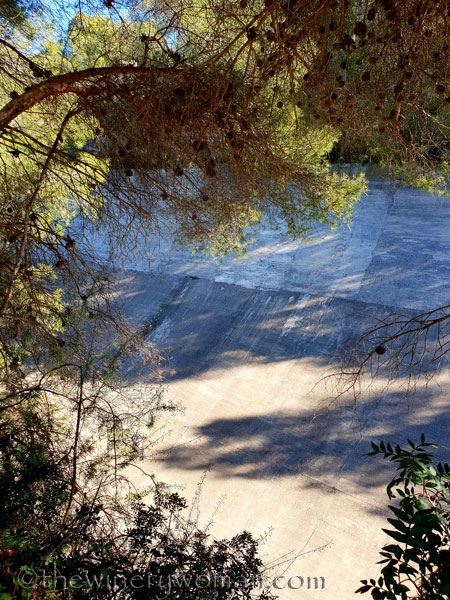 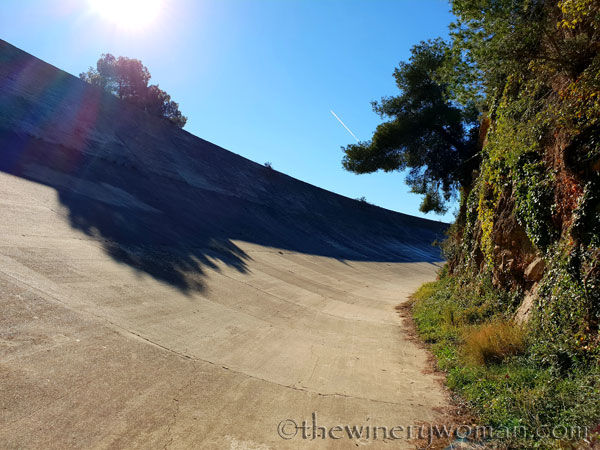 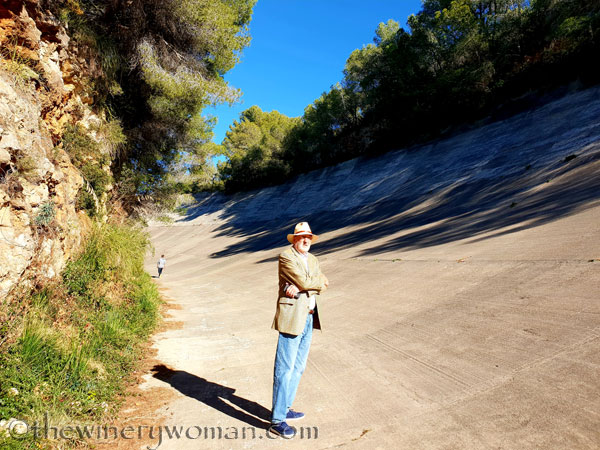 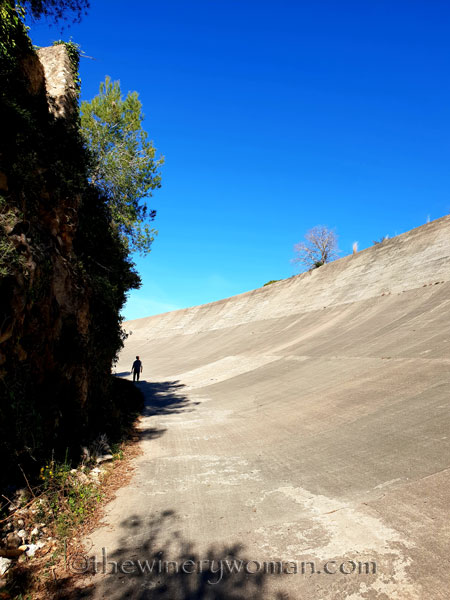 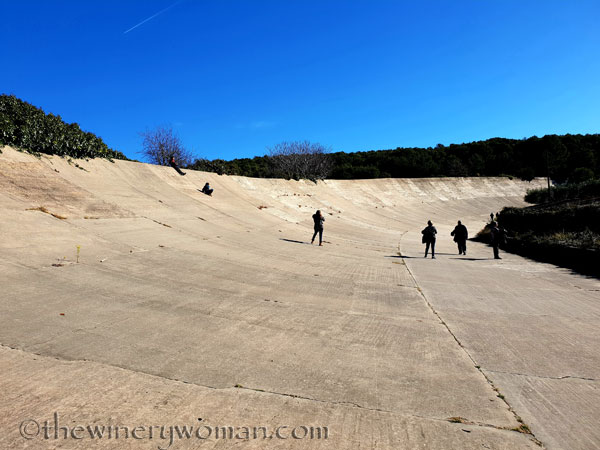 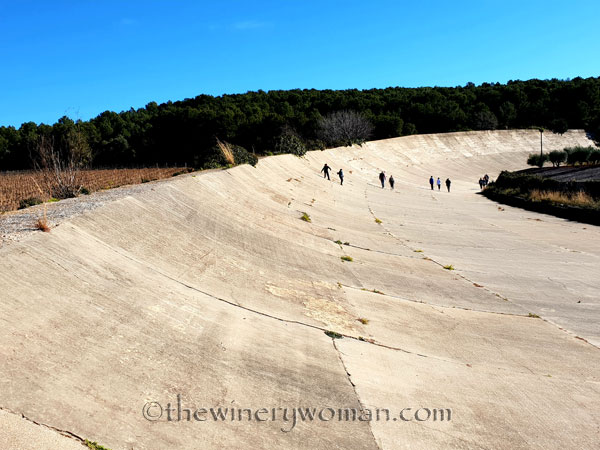 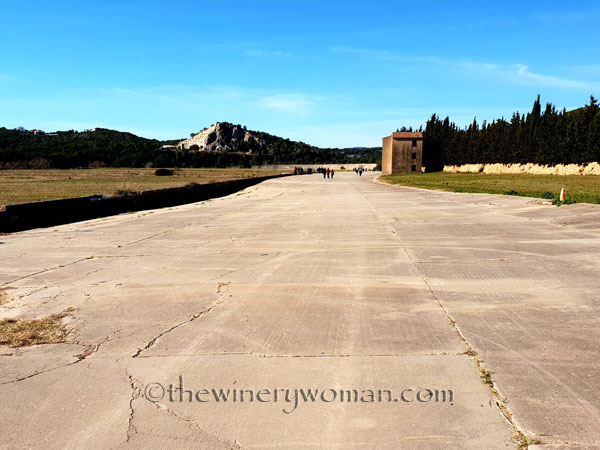 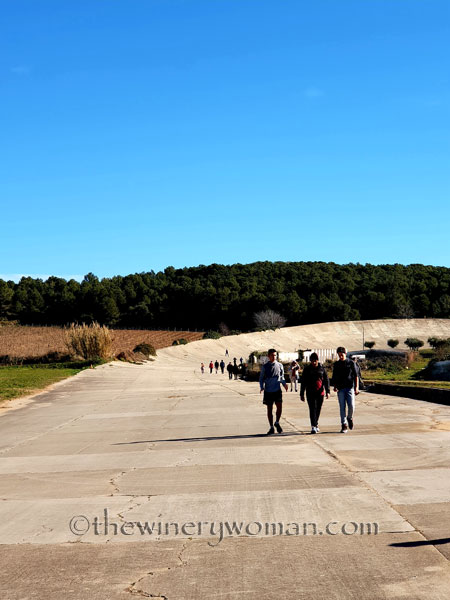 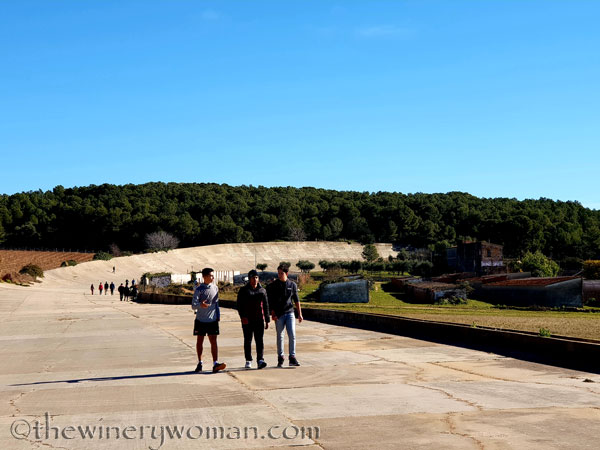 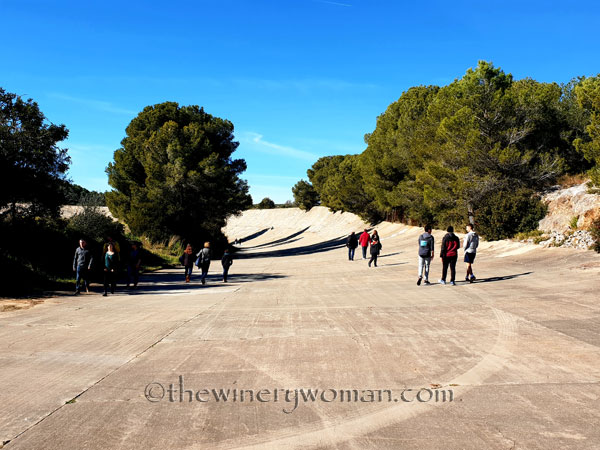 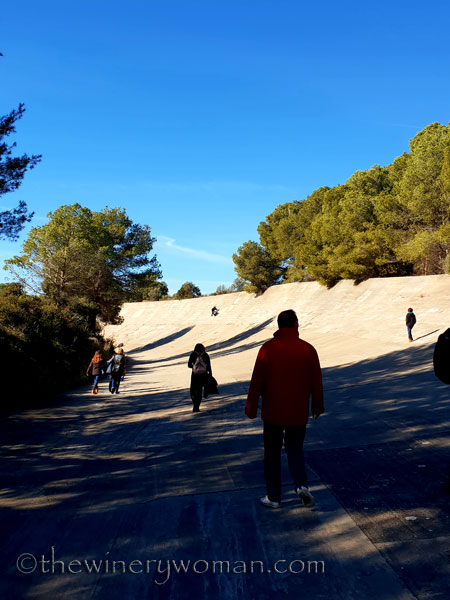 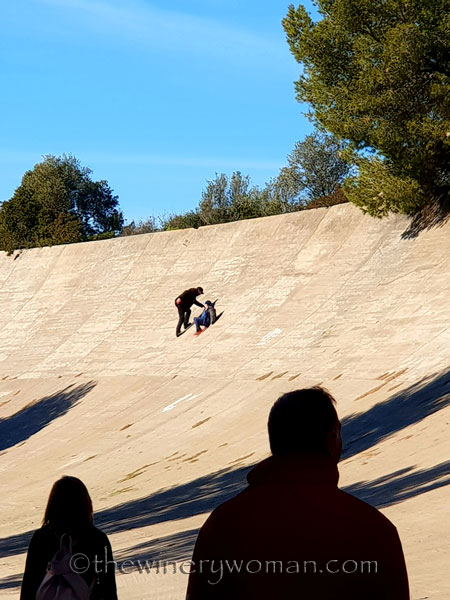 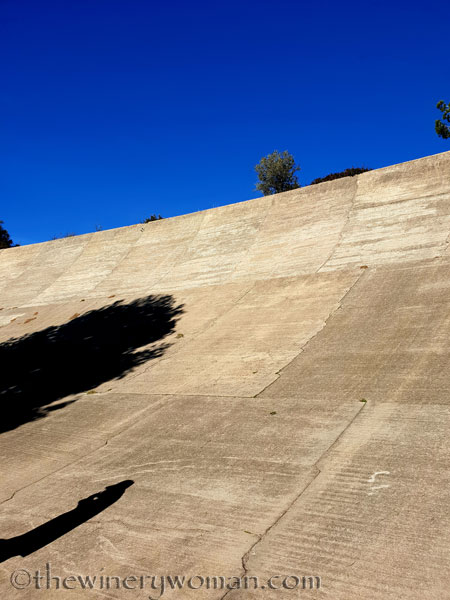 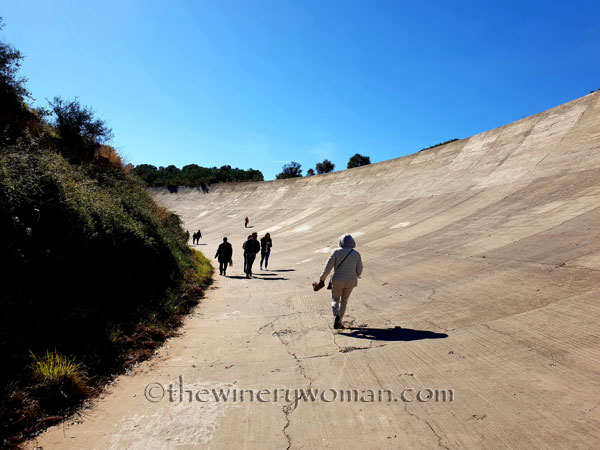 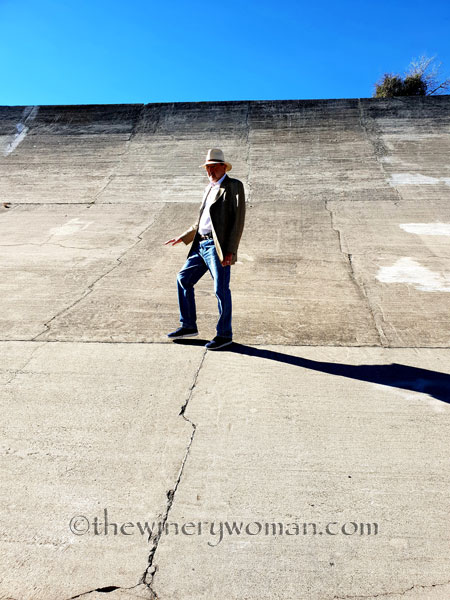 Yesterday’s Open Day was organized by the new owners who plan to revitalize the site for three different areas of development. Equestrian events, other sporting events and possible car shows, offices and car repair shops and two hotels. No racing is to take place on the old circuit. A lot of people attended although I would guess most were more interested in seeing the old circuit then really checking out the new plans. 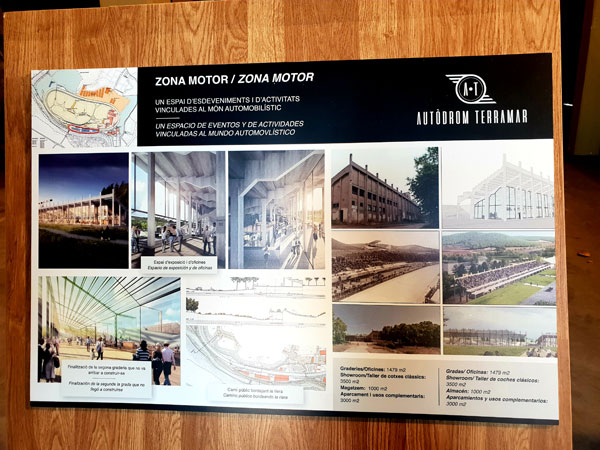 We were surprised how well the track has held up considering it is over 90 years old. The banking was in much better shape than the straights. The banking is absolutely amazing. I can’t begin to imagine what it was like to race there.