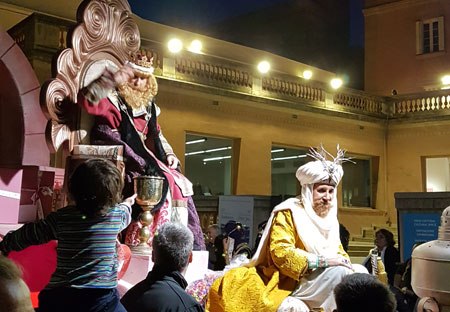 Hola/Hello, I am reposting this blog post from last year. We had plans to go see the arrival of the Three Kings last night but opted to stay inside by the fire with a glass of wine. Hope you enjoy.

A night of magic took place across Spain last night as the Three Kings followed the star. We went into Sitges to take in the parade of their arrival.

Along with Caga Tió who delivers presents to the children there are the Three Kings. In Sitges there has been a week of activities for the children. One of those included writing letters to Three Kings asking them for what they want for Nadal. There was a special time set up to deliver the letters but they could also bring their letters to the parade. The Kings deliver the presents in the early morning hours of the 6th of January. Not much time for them to read all the letters and make sure they have all the presents but I assume Santa Claus has the same problem. 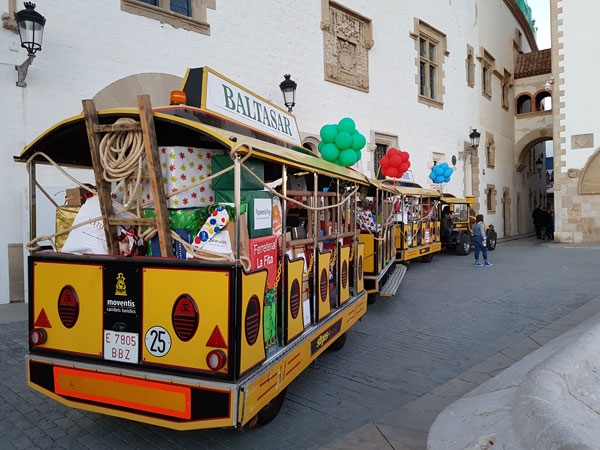 So, us two big kids went to the parade to see the Three Kings. Watching the crowd grow and the excitement of the children was a sight to see. The little ones were hoisted onto their parent’s shoulders so they could see. 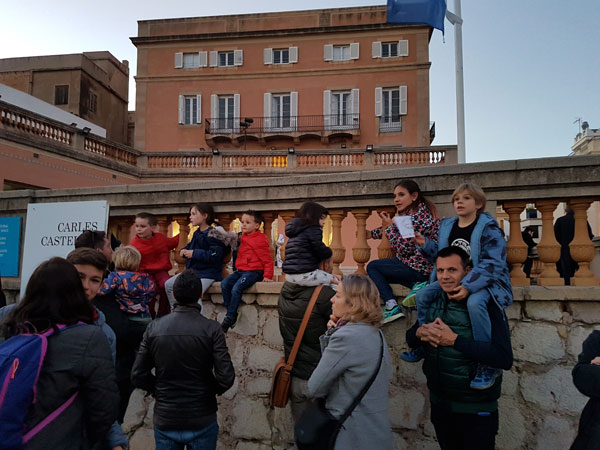 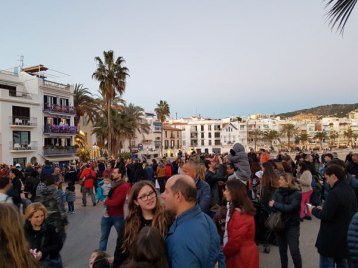 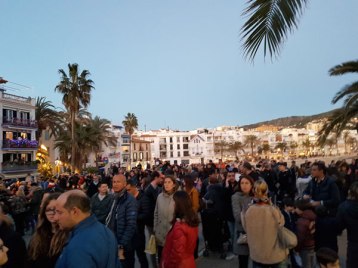 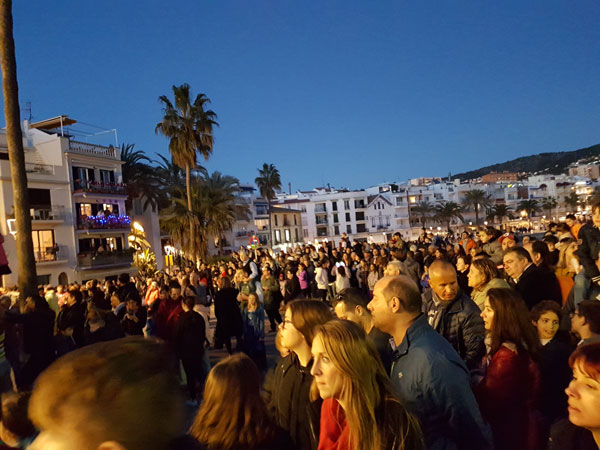 Although the Three Kings used to arrive on camel last night they made the parade route on their thrones pulled by tractors. 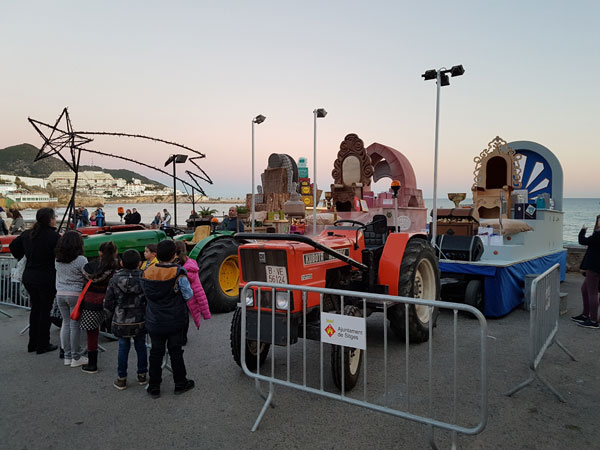 They still followed the star though. 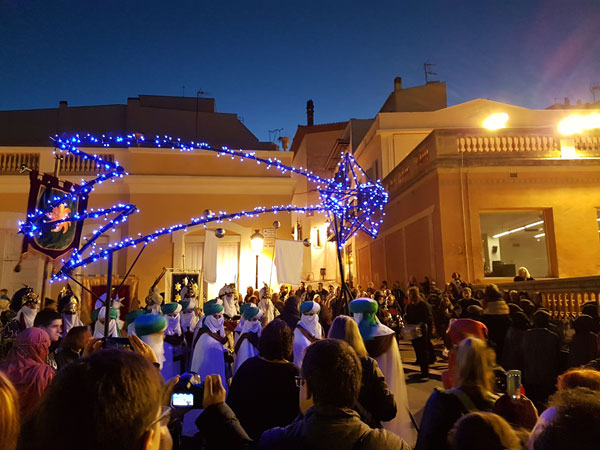 There was a cart of food for the camels and horses. Vanilla beans? 🙂 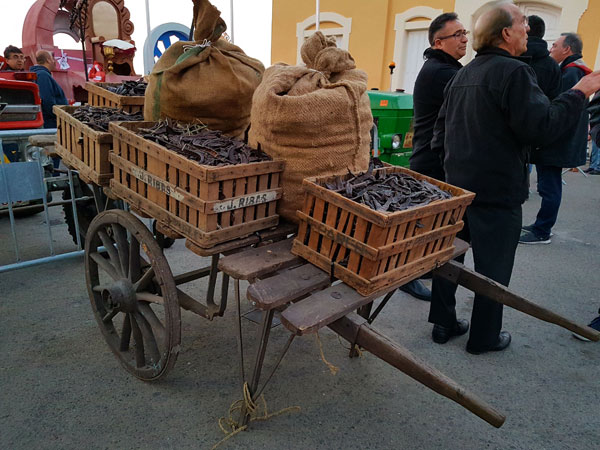 Just watching and hearing the excitement of the children around us when the Three Kings arrived on the balcony in front of the crowd, made me believe once again in the magic. Okay…I really never stopped believing. 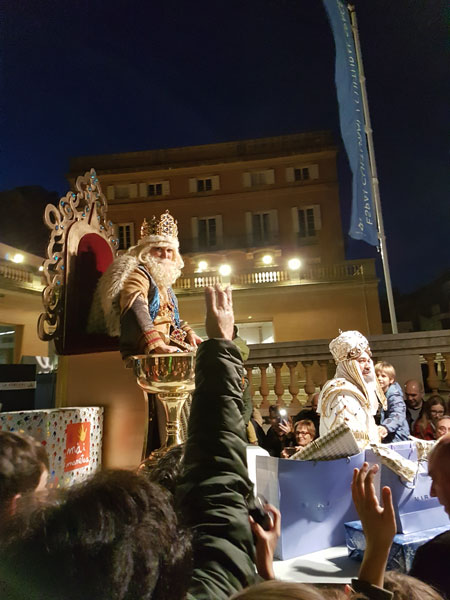 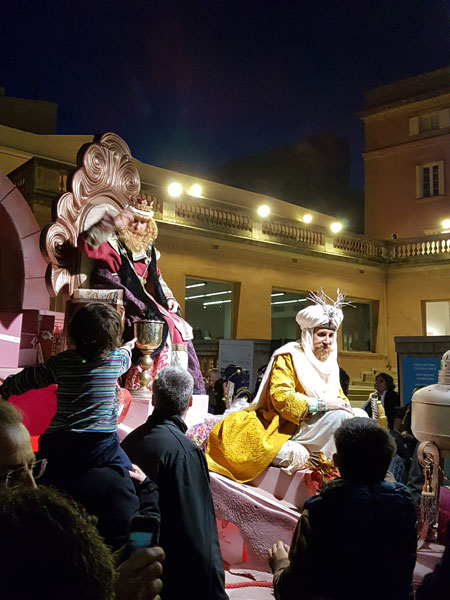 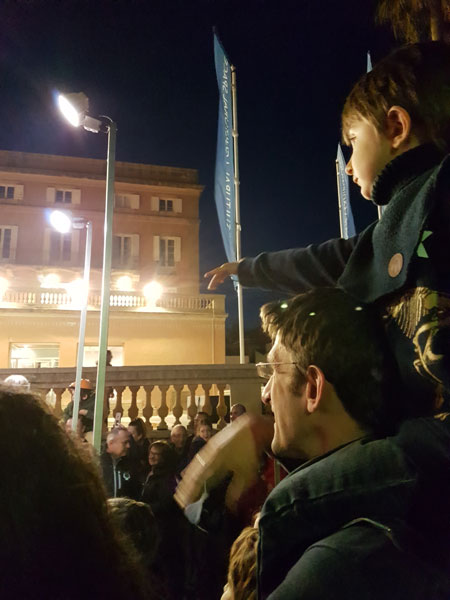 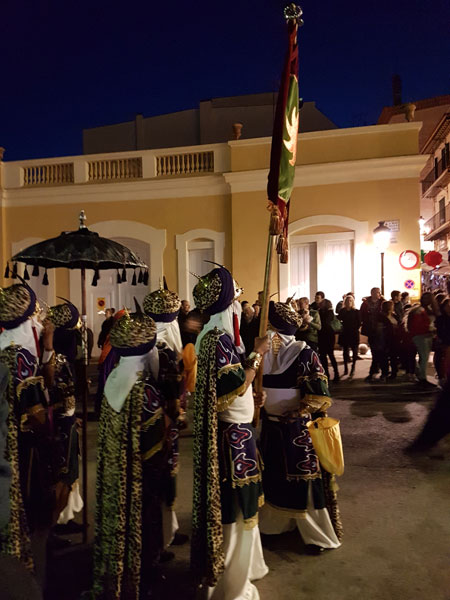 Handing her letter directly to the King. 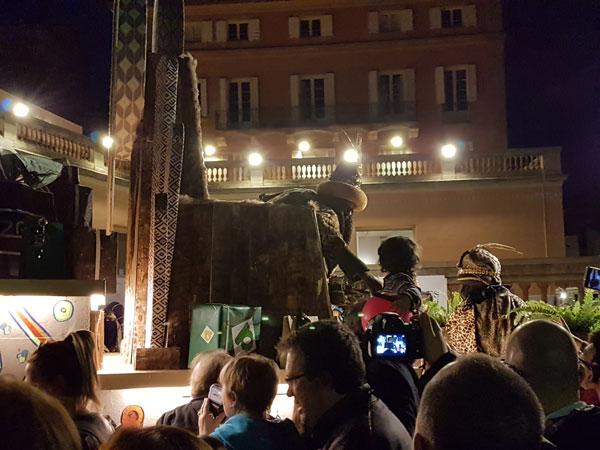 The pouches on sticks to gather letters from the children. 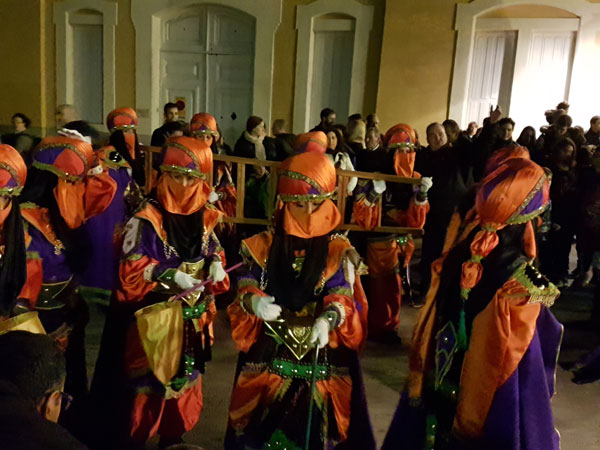 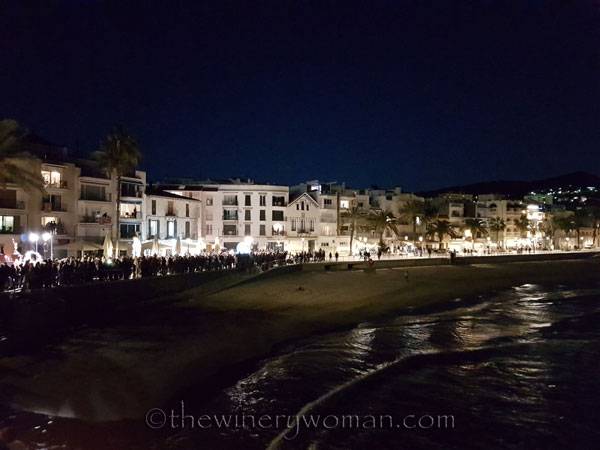 The Kings engaged with the kids, took their letters and threw candy to the crowds as they slowly snaked through town. We watched as the end of the parade left the seafront. 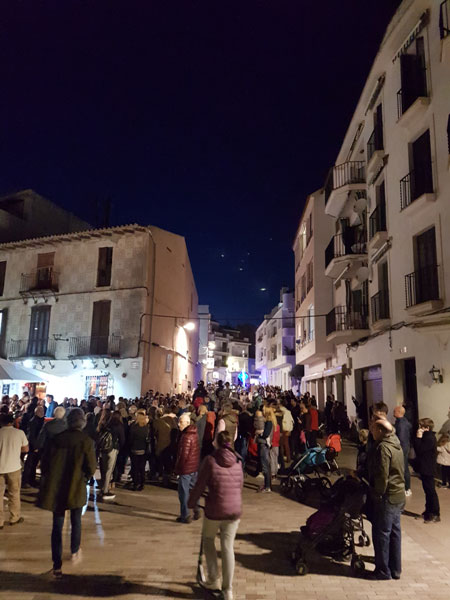 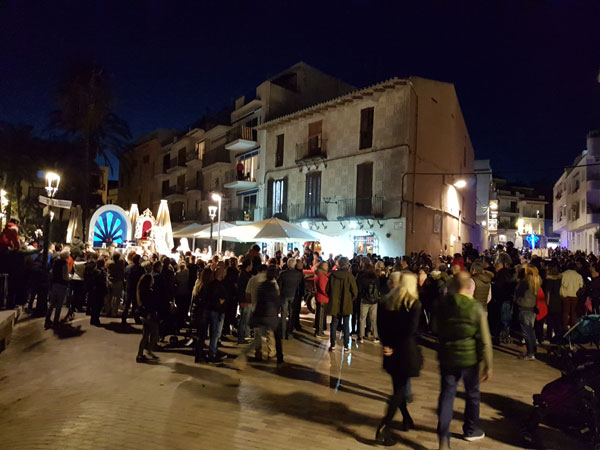 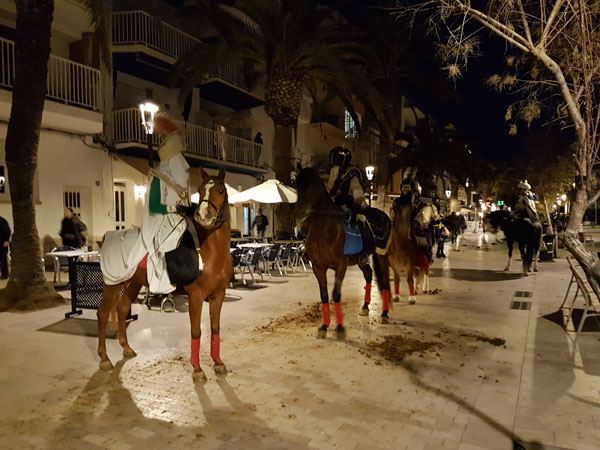 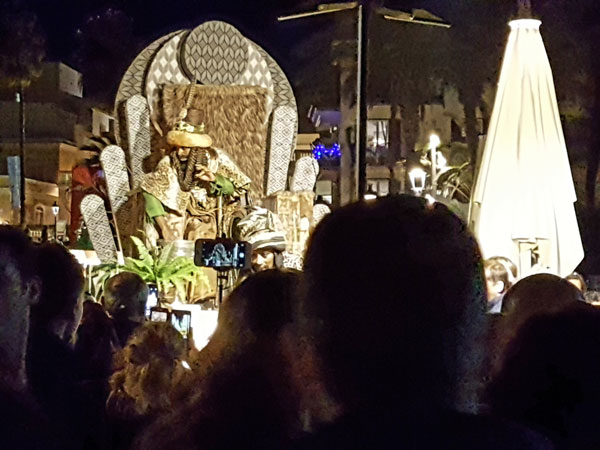 There were two trolleys full of coal for those children who were bad during the year. Wow! That’s a lot of coal!! 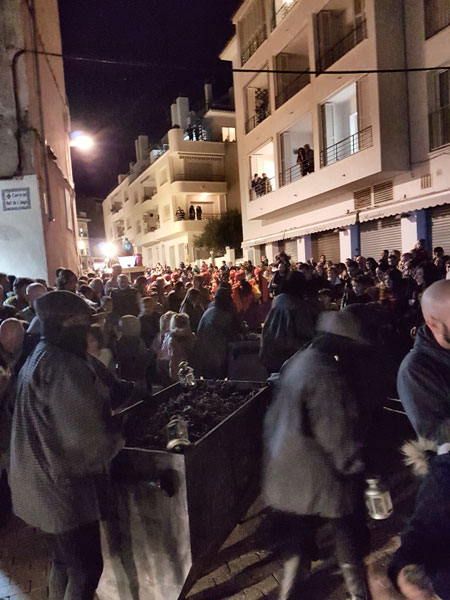 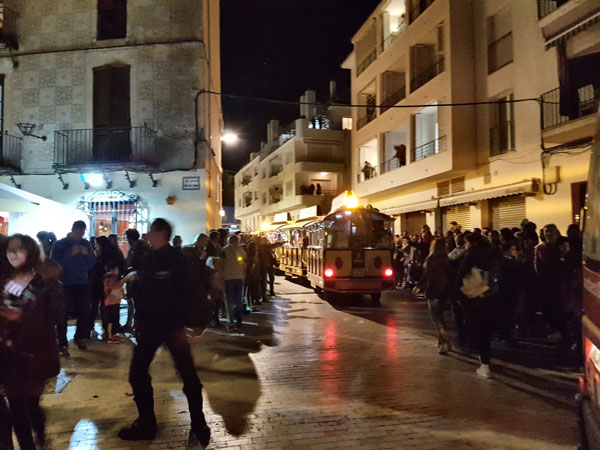 We wandered back up into town and the Town Hall was ready for the Three Kings and the children. 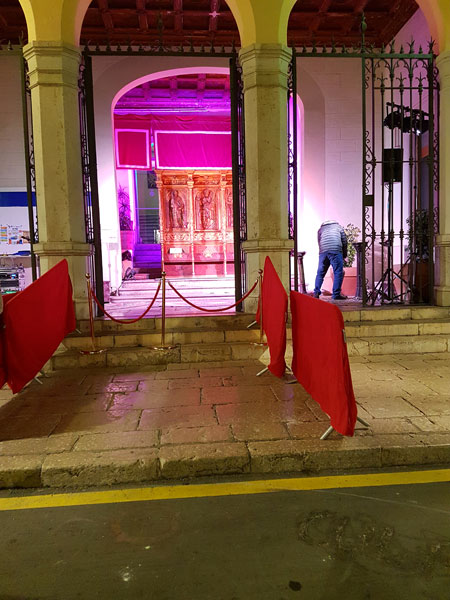 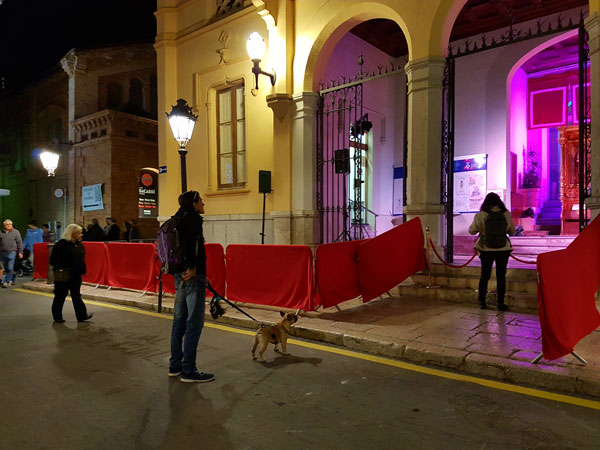 People had moved from the seafront to various places to watch the parade and hopefully get more candy! 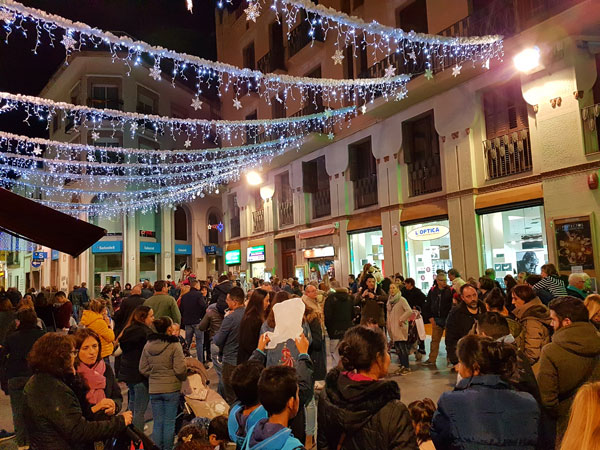 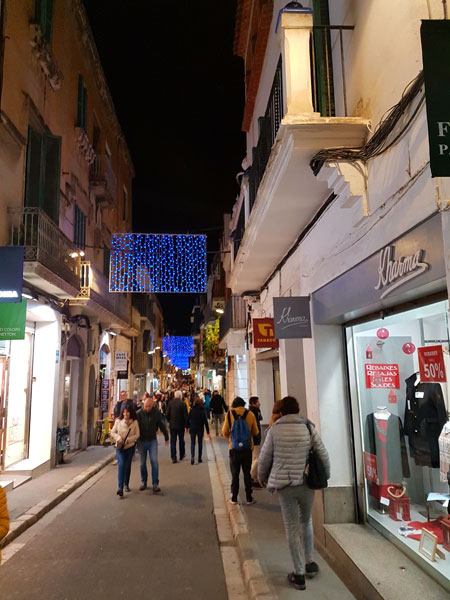 We did not stay to watch the Kings and the children arrive at the Town Hall. But we truly enjoyed watching this wonderful event. We’ve said it many times…this must be an incredible place to be a kid. The community makes it a magical.