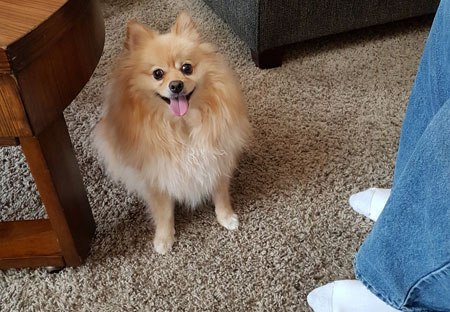 It has been a crazy couple of days since we arrived in Denver, Colorado. It is wonderful to be here and see my sister, Vicky and her family. Unfortunately, we have had a lot to do booking other travel arrangements and rearranging others due to changes in meetings and appointments.

For one of the flights we were on Orbitz.com and chose the flight that we wanted. We tried completing the booking 7 times and kept receiving an error message saying they couldn’t complete it at this time please try again in a moment. So we called them and at first, the lady (Fiona) tried to tell Bob that it must be our internet connection. Nope, we had a great internet signal. After going back and forth and the frustration level rising she finally said she could do the booking for us but she needed to confirm all the details. At this point, I took over the phone call as Bob had reached his limit. Fiona then tried the booking on her end and got the same error message. The excuse then was that the flight must not be available anymore. She then tried it again and had another excuse. She then said she could book a different flight for us so she and I went through each detail: the spelling of our names, DOB, frequent flier numbers, Known Traveler numbers, the flight that we wanted and what the cost was. We reviewed every detail. I confirmed once again at the end that this was on American Airlines and the flight times and that carry-ons were allowed. She confirmed all of this and made the booking. Gave me the confirmation number and we hung up. Bob then went to book a hire car and, as they do, it asked for our flight number, which I hadn’t written. We logged back onto Orbitz.com and saw that the flight was on United. Then looked at the times and they were completely different. This was NOT the flight that she and I had discussed and confirmed. The wrong airline, the wrong flight, the wrong times and no carry-ons allowed! What the hell?  I then called Orbitz back and thankfully the trip could be cancelled. The man did not offer to rebook it and pointed out that “best practice is at the last screen to confirm all of the flight details in the top right-hand corner.” I replied that perhaps Fiona of Orbitz should be trained in this “best practice.” ARGH! We then went back on and booked a flight. A trip that was all planned out and flowed has turned into a zig-zag across the country. Not ideal but we have no control over it, so as frustrating as it is we have to accept it. Not easy but we are trying. Best laid plans…ya know.

Along with this bit of fun, we had issues with our U.S. phoned not working here. When we moved from the U.S. to Spain we kept our U.S. phones as we still have business here so it is cheaper to use those phones. We purchased phones when we arrived in Spain and thus had two phones each. After a year or so we upgraded our Spain phones and switched the SIM cards from our U.S. phones into the first Spain phones as they were a newer model. They have worked absolutely perfect in Spain. Making and receiving phone calls, emails, texts, etc. However, when we arrived here and tried to reach Vicky from the airport we could not get any signal. Couldn’t text, call or anything. When we got to her house and got on Wi-Fi it worked perfectly but that really isn’t helpful if we can’t be on the Verizon network as we are travelling around. Wednesday, Vicky took us to Verizon and we hoped it was just some setting. NOPE. Evidently, even though they are all Samsung phones they can be different in each country. So, the phone will not find the towers here and thus will not work unless we are on Wi-Fi. ARGH! If we had known that we would have brought our old phones with us. Bob needs his phone for his business while we are here so we ended up having to buy the cheapest smartphone they had. I did not “need” one but it was going to make this visit difficult as I want to be able to call friends and family while I am here and also keep in touch when not on Wi-Fi. The technician told us that if we put my SIM card in an old phone from here that it should work.

That’s where Operation Family and Friends started. Vicky asked everyone in the house if anyone had an old phone. We tried one and it wouldn’t recognize the card. Sharra checked with her friend’s Jen and Eric who had an old phone at home. They then made a special trip and drove over with the phone. Eric then got the SIM card switched over and VOILA! it worked. Before we fly back to Spain I will remove my SIM card and ship the phone back to them. I know this is a first world problem and if we were staying in one place it would be okay but not three weeks of travelling around the country and not knowing what our Wi-Fi situation will be. So, a HUGE thank you to Eric, Jen, Sharra, and Vicky for making the magic happen.

Before we came here, we created and ordered our Christmas cards and had them shipped to Vicky’s house. As a large number of our friends are here we figured we could (being honest here) save a bit of money if we wrote them out while we were here and mailed them on U.S. mail, not International mail. We usually write our Christmas cards on Thanksgiving weekend so we are just a bit earlier this year. Bob has finished his cards and I have about 20 more to do. We will buy stamps here and then Vicky can send them at a later date. Our international ones will go home with us and get sent from there.

The animals have kept us entertained and Licorice has given me lots of loving. They must sense that we need some comforting with all of this angst. Still need to get photos of the other two kitties, Iris and Phoebe. 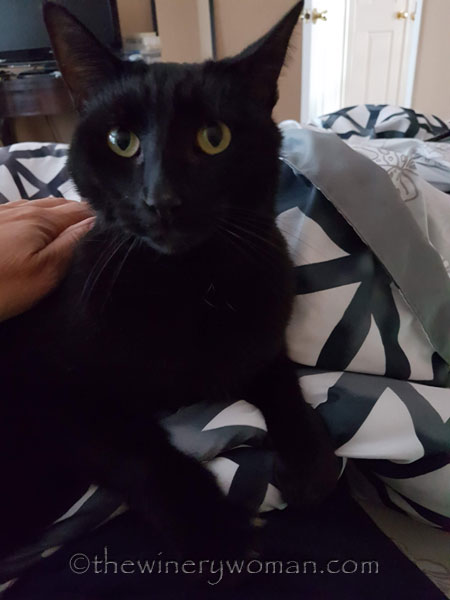 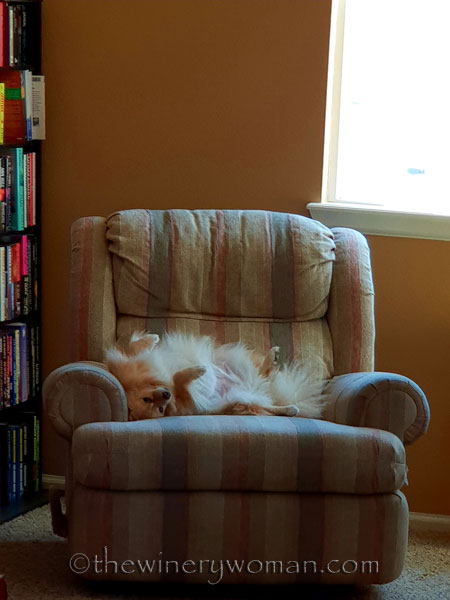 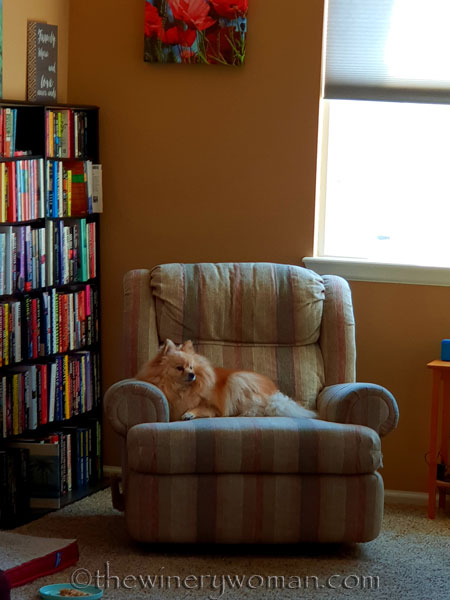 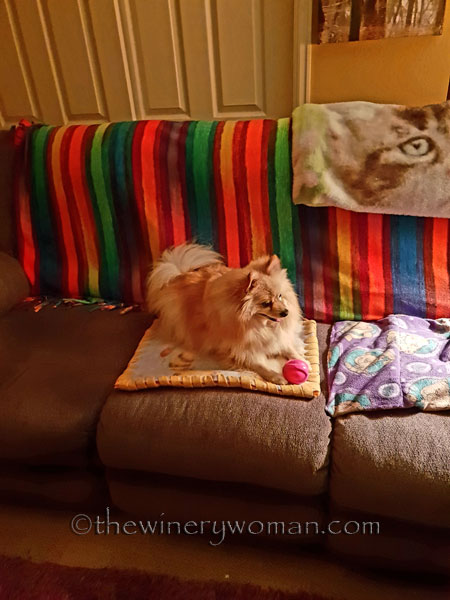 4 thoughts on “If something can go wrong…”