I’m a bit behind in getting this post written. We’ve had a busy 3 days here some of which I will share in today’s post and other happenings which will be shared in a future post.

This weekend was the 24 Heures du Mans (24 hours of Le Mans) sports car race which we never miss. We have been to the event twice but now watch it from the comfort our of home. Live streaming coverage accompanied by commentary from Radio Le Mans. I will admit that this year I did not make it through the entire 24 hours. Bob, however barely ever misses a few laps of the event.  I tell you this to give you an idea of how important the other event we wanted to see this weekend was to both of us.

This weekend in Sitges was Corpus 2017. We have seen photos of this on Facebook for years and always wanted to see it in person. Of all of the fiestas that they have this is the one that we just had to see. Streets throughout Sitges are closed to traffic and huge murals are laid out with flower petals. Some are done by school groups, civic groups and some are neighbors and friends that come together to create their own masterpiece.

We left home at 6am to go to town as we really wanted to see the murals being created. There is a lot more to the fiesta but this is what we wanted to see.  Two things I want to point out here. 1. For Bob to voluntarily walk away from watching the 24 hours of Le Mans to see this shows how important it was to us.  2.  Bob is not a morning person so leaving the house at 6am to do this is huge. Now…he was awake anyway as he was watching the race but I think you may understand what I am saying. 🙂 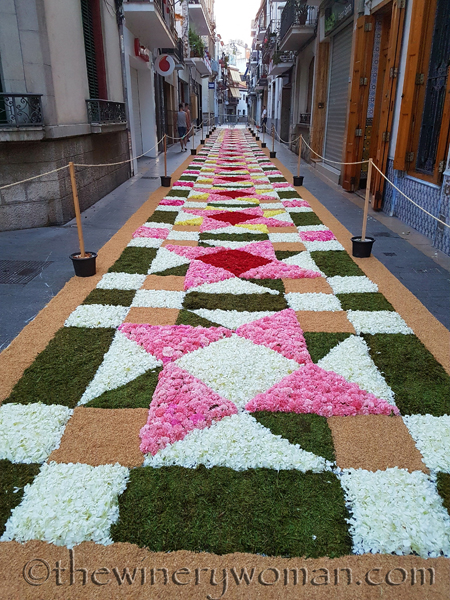 When we arrived some murals were completed. Just stunning.

There were some that had not be started yet. 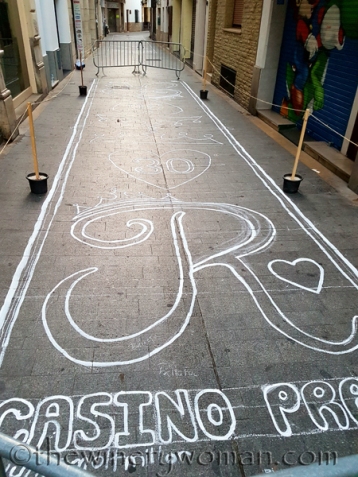 And what we really wanted to see were the ones being created before our eyes. 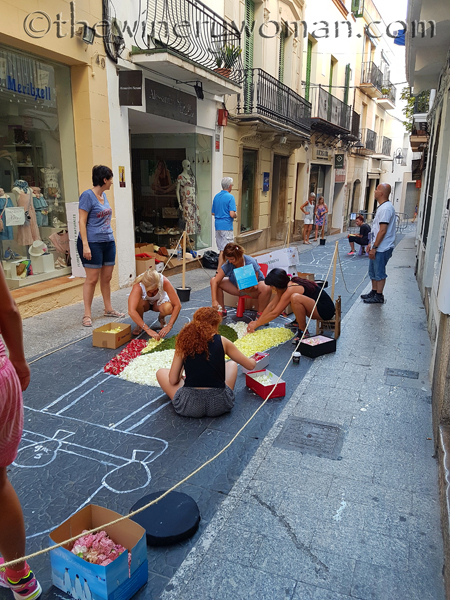 The group in the three photos above were so fun to watch. When we arrived there was just the chalk outline. A bit later there was one guy who did a small piece but then seemed to be waiting for the cavalry (others) to arrive.  When we came back again it was full of children rushing about getting their box filled with petals and rushing back to create the sweets. We talked about what an amazing place this must be for a child to grow up. 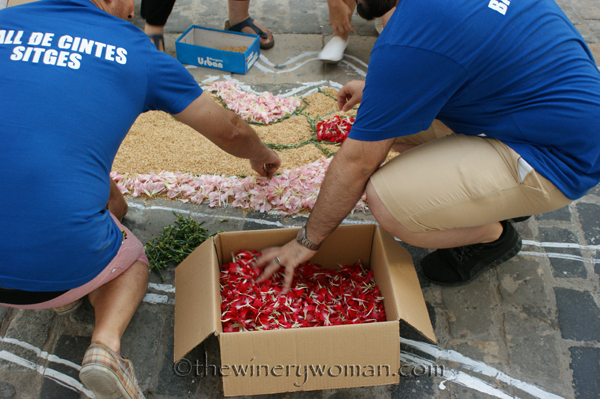 Pretty cool, huh!? Something that Bob and I noticed was there was no security or police protecting the murals. They were roped off but no one stood guard to be sure that they weren’t messed with. How incredible is the public’s respect of these masterpieces. We doubted that had this been done in other places that we have lived that some fool wouldn’t have come by and screwed it up.

On Sunday evening there was a procession starting with the Holy Sacrament and then the Giants walk through all of the carpets of flowers. Here are some photos of the Giants in the waiting at City Hall. 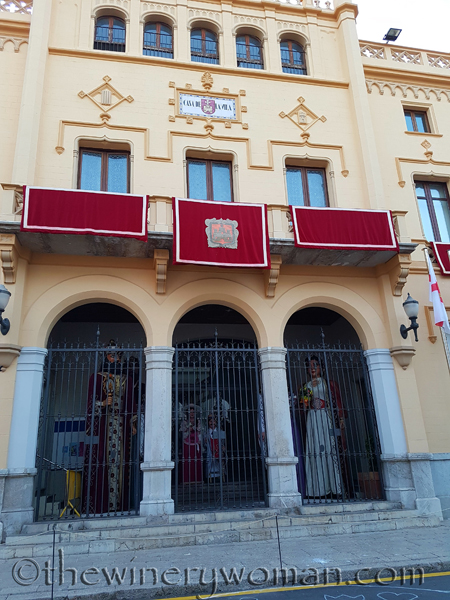 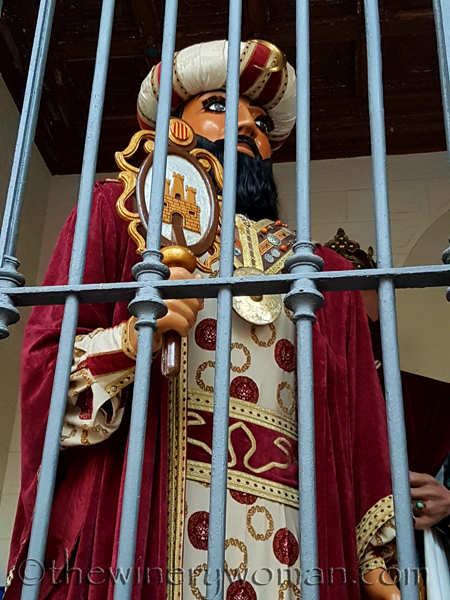 We were not able to attend the procession but you can see video of it here.

So glad that we were able to finally see this in person. Perhaps next year we will be lucky enough to help create one of these spectacular works of art.

Today, we were in Sitges and this is all that remains. 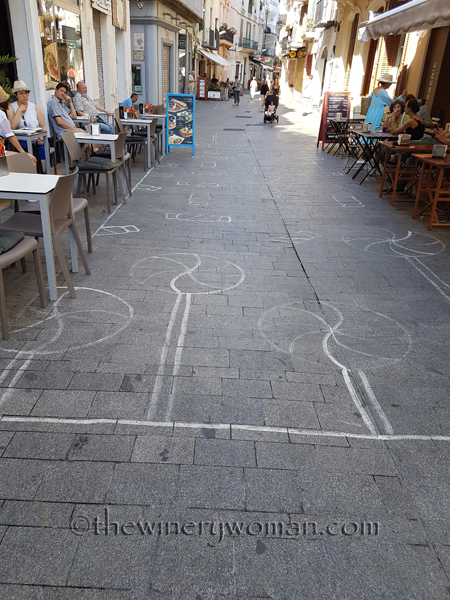