Following our Thanksgiving feast, we headed straight into the Christmas festivities. It’s funny but there is always such a debate in the United States about when it is too early to decorate for Christmas. Many people get quite upset if you even talk about decorating between Halloween and Thanksgiving. Of course, other countries don’t have that dilemma. I really hadn’t thought about that until I took these two photos in Sitges on November 8th. Wow, it can be Christmas already! 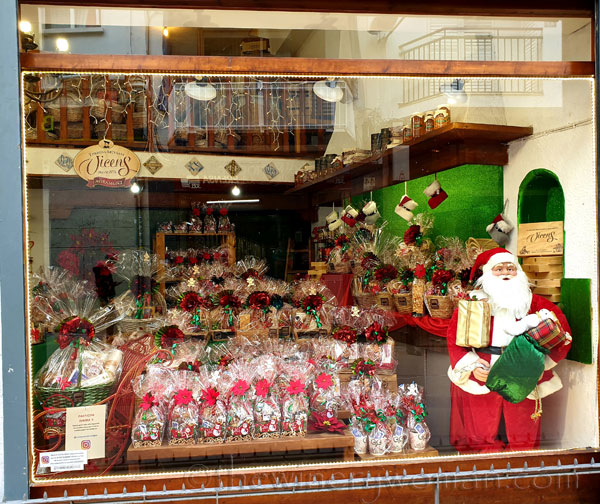 Another positive about living here is that Black Friday is pretty much non-existent. Some shops will display or advertise sales but it is NOTHING like the insanity in the States. So much demand to spend money. Friday after Thanksgiving Bob had a dermatology appointment in Vilafranca first thing in the morning. That all went great, which means even though we enjoy our beach time we are being diligent about sunscreen.

We decided to go to Sitges for breakfast. A pastry and coffee and then on to a Christmas market that was taking place on the beach. Wandering around Sitges at 10am on Black Friday and the shops weren’t even open yet, including the ones displaying sales for Black Friday. We arrived at the tent on the beach a bit too early as the market didn’t open until a respectable 11am. 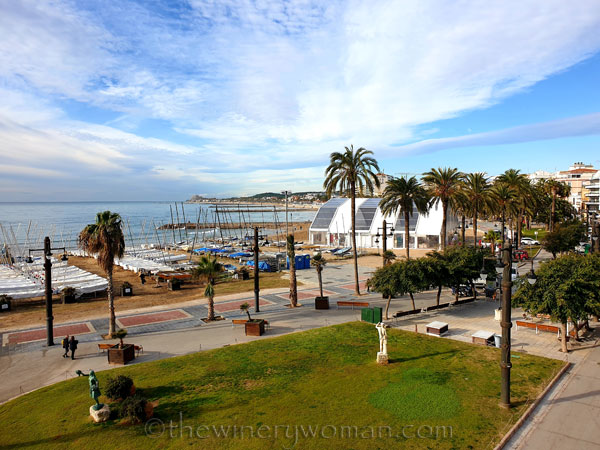 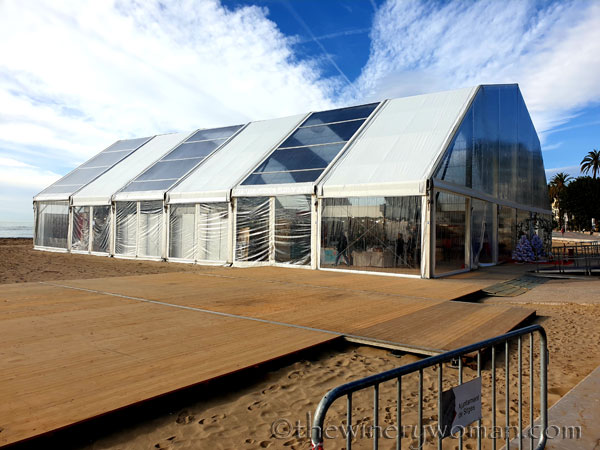 We sat on a bench and listened to the waves and watched people. At 11am they opened the tent and…wow…just look at this rush of people. lol.

To be honest, these ladies were all on a mission and it was best to hang back until they were all inside. The market turned out to be mostly quilting material and crafts of that nature. As much as I would love to do something like that…well, it just isn’t me. So we strolled by each booth and probably within ten minutes we were back out in the sunshine. Oh well…Black Friday insanity over.

We spent the rest of the day in the garden doing some pruning for Winter and we hung out new Privado sign on the gate. Although this has nothing to do with Christmas Markets it does follow up from my Thanksgiving post where I told you of the stranger that wandered into our house. We have been looking for a ceramic “Privado” sign but with no luck. We came across these single tiles where we bought the number 8 we had purchased previously. When we got them home we were a bit concerned that they were too large and it would seem obnoxious to put them on the gate. However, after having the third stranger wander into our house the day before and not to mention the others who have wandered into our garden…we decided to hang it up. 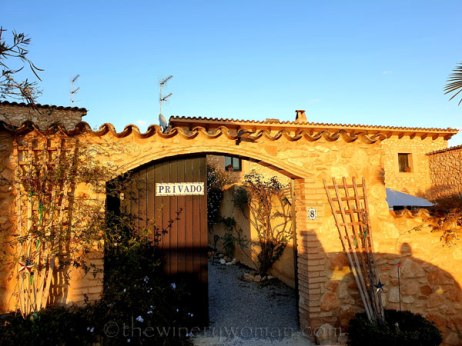 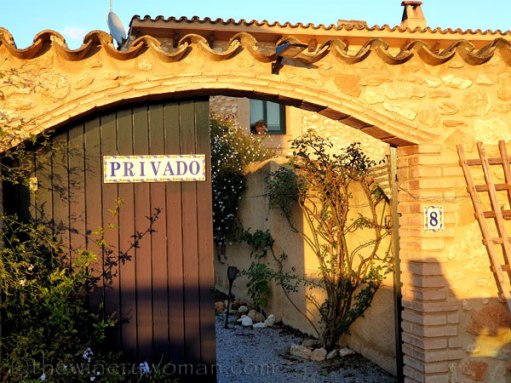 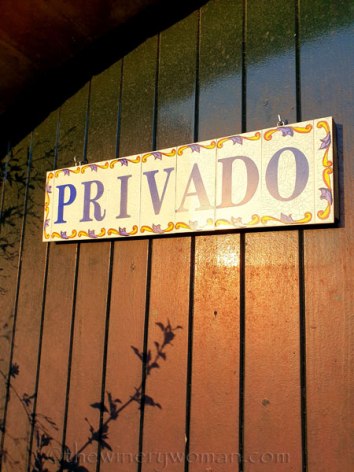 We texted the photos to our friends that were here for Thanksgiving and the general consensus was that people would have to be blind not to see it and people will probably still wander in as our home is so welcoming. ♥

Saturday morning we walked down to a neighboring village, Canyelles, for their huge Christmas fair. Fira de Santa Llúcia. Canyelles is a small town of about 4,500 people…until the Fira de Santa Llúcia arrives. The event is in its seventeenth year and has over 350 stalls. We went the first year we were here but missed last year as we were in the States. This year we decided to walk instead of drive and fight parking. You see…this year the total attendance was (according to the organizers) 75,000 people. They actually have free shuttle buses from Vilanova i la Geltrú and Vilafranca. Sunday when we went out we noticed that they had closed the exit from the freeway as the parking at that end of town was full. It is crazy. But it is also fabulous. 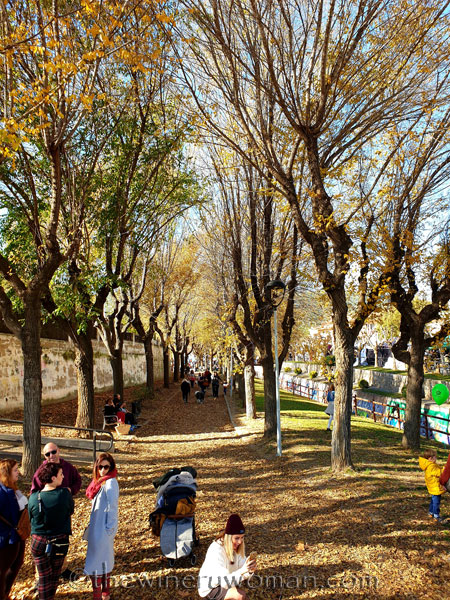 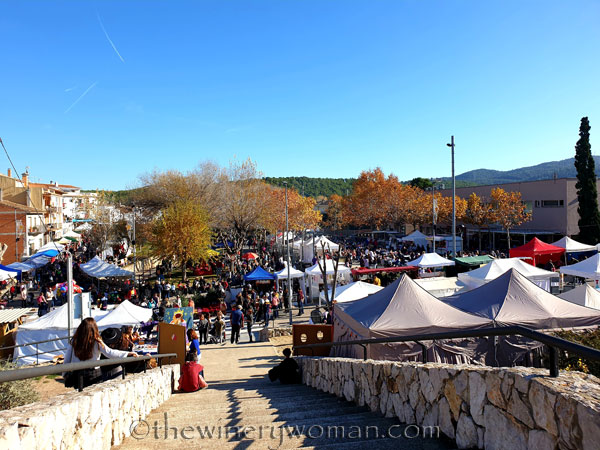 The lane up to see Pare Noél (Santa Claus/Father Christmas).

Just look at the color of that sky! The white building is where Pare Noél is. 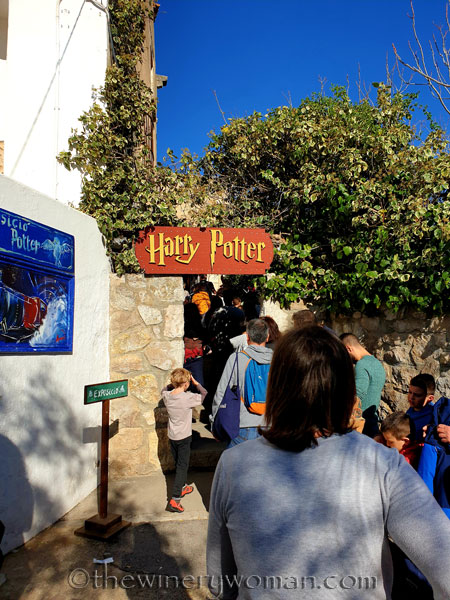 Patiently waiting to get into the Harry Potter area. 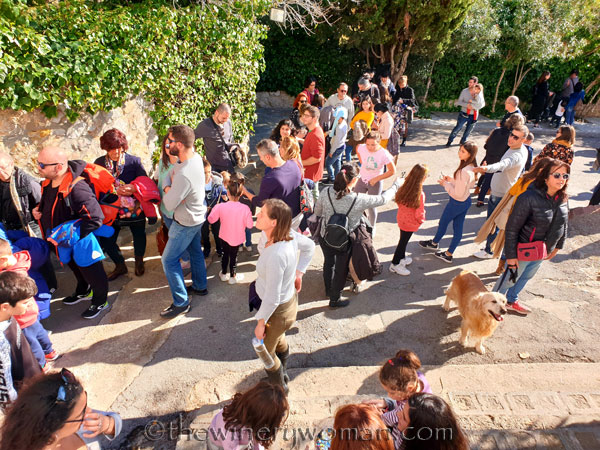 We wandered a bit more and then stopped at a place we remembered from the first year. Well, we were thirsty and it’s just a cool old place. Another glass of cava was needed. 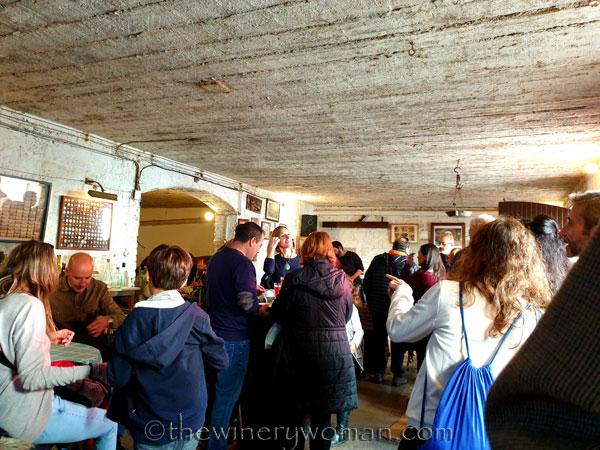 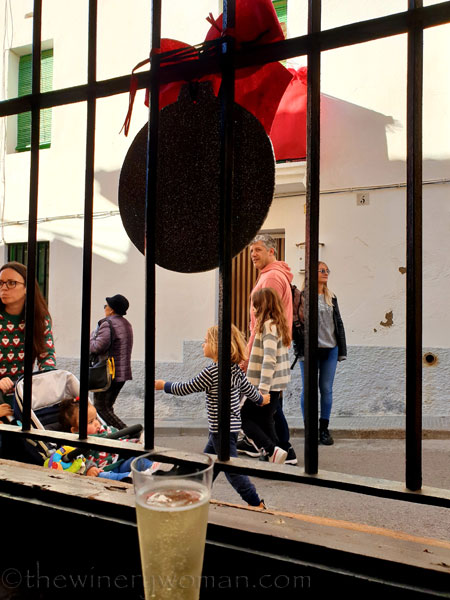 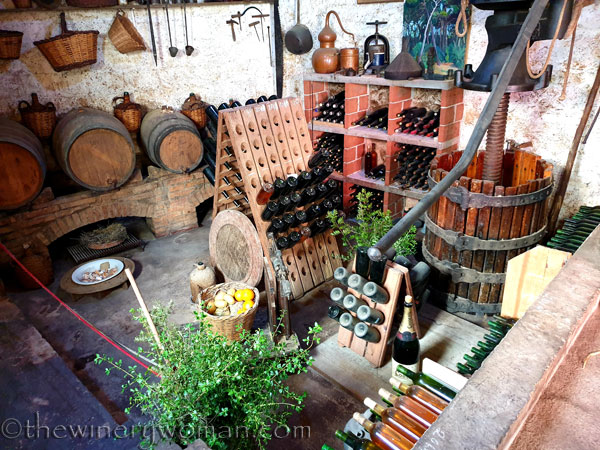 The photo below is to tell a story. We found this ladder and trap door intriguing. More because of the ladder sticking above the floor. I took photos. We talked about how many times people must have walked into it over the years. And within five minutes of this conversation, I made my way to the other side of the room to throw something in the garbage…and on the way…I WALKED SMACK DAB into the ladder with my shin! Just call me grace!

Of course, Caga Tió was a must-see. You can read more of this Catalan tradition in my blog posts here. 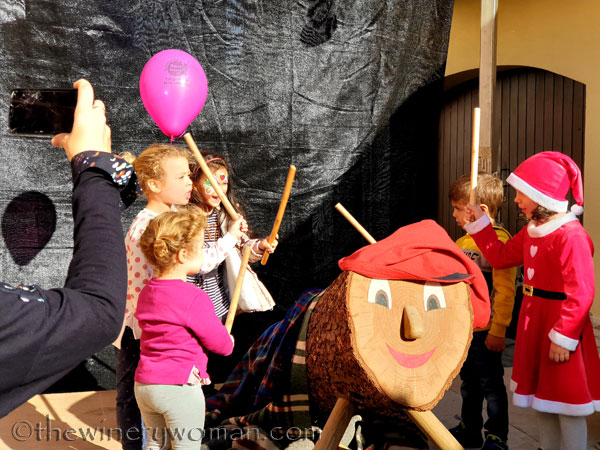 It was a gorgeous and quite warm day and we loved watching people enjoy this annual gathering at Fira de Santa Llúcia. We spent several hours wandering around and then made the walk home.

Then there was Sunday! Christmas Tea at Tulstig DelMar. We love our friend Mark’s afternoon teas. Homemade yummy food of which there is ALWAYS way too much. Fun people and very festive. We are usually the first ones to arrive so I get a chance to take photos of the gorgeous cakes and food but we were the last to arrive this time so I only have people photos.

Mark charges €15 per person for the teas. He also has a raffle where everyone who buys a ticket wins something. These teas are such fun and we always eat way too much but what makes them so special is that all of the money raised goes to a fund Mark has set up in memory of his husband Tony who he lost to cancer a few years ago. ♥♥

A big thank you to Edith and June who help Mark with these afternoon teas. Great friends. 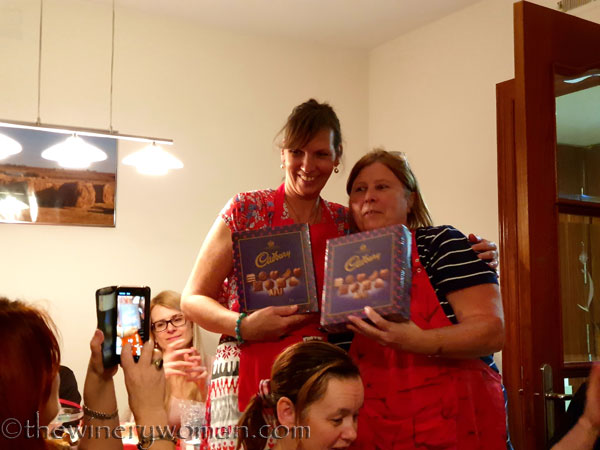 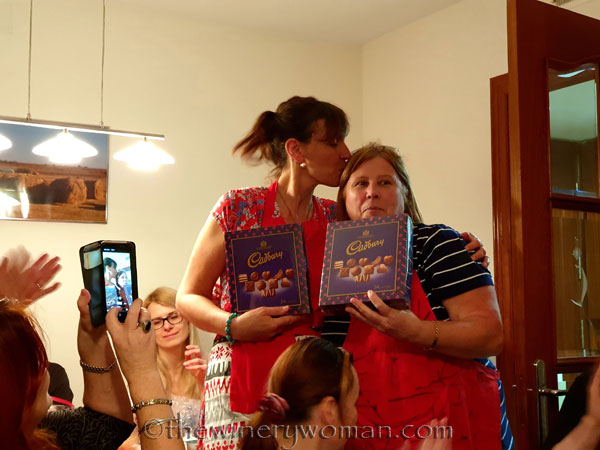 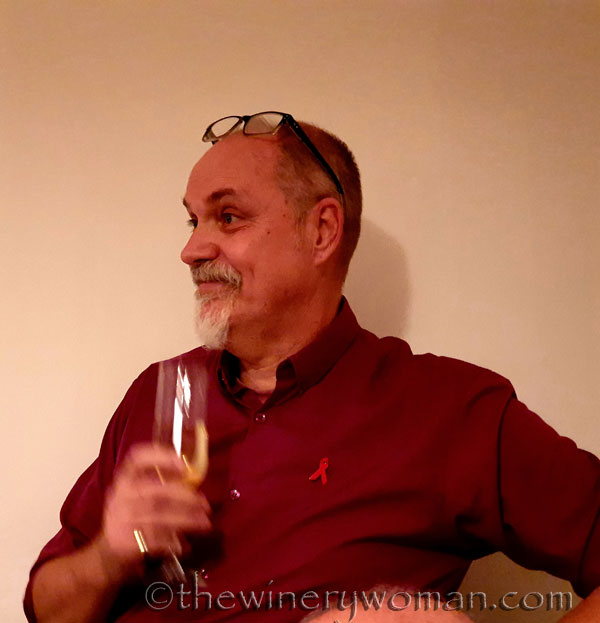 And this was all just three days! Welcome the Christmas season! More festivities to come!

5 thoughts on “Let the Festivities Begin”