Our first Christmas in our new home. Different traditions to learn and embrace yet holding on to our own as they are a part of us. We have certainly embraced the non-commercial aspect of it here in Spain. Such a big difference from back in the United States.

On Friday one of the longest and most exciting traditions in Spain took place as it does every year on that date. That being the Spanish Lottery (El Gordo – The Fat One). This is the world’s second oldest lottery and it is HUGE! Live television and children from San Ildefonso school in Madrid sing out the winning numbers. No, we did not buy lottery tickets but it was interesting to watch a bit of it. Here is some more information for you.

I spent the end of last week and the weekend BAKING! Oh my did I bake! It struck Bob and I that I haven’t actually done this kind of Christmas baking since we have been together.  25 years! I have wanted to bake cookies for years but as I have told you I just haven’t had the time…I didn’t realize it had been so long since I had done it though. I made snickerdoodle cookies, peanut butter with M~n~Ms cookies, sugar cut-out cookies, candied pecans, chocolate Rice Krispie treats and Nutella/puff pastry Christmas trees. My plan was to share these with our neighbors and friends. I have done that a bit but need to catch up with other people still. The reason we haven’t shared them all is this. 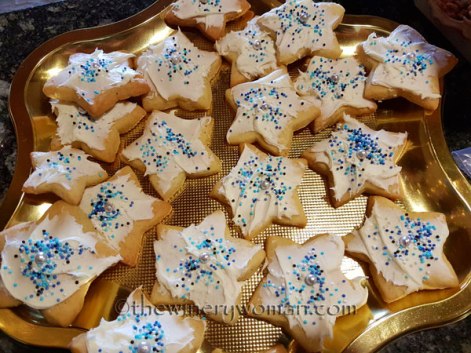 Bob came down with the flu on Christmas Eve. I had a cold earlier last week which I thankfully got over but then he got sick. So our plans for the holiday didn’t happen. In fact, we have postponed opening our presents until he is better. 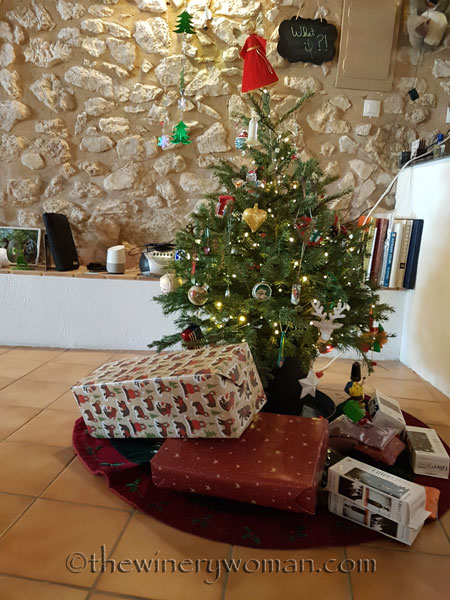 We were supposed to go to our neighbors Kim and Virginia’s on Christmas afternoon to share lunch with them and their children and grandchildren. Also to watch the enchanting Catalan tradition of Tió de Nadal (Caga Tió) or to translate that for you the sh*tting log. Last Christmas we kept seeing this on the Facebook pages from Sitges and thought the translation must be wrong. We asked our friend Xavi and he explained that no, the translation is correct. Interesting. The tradition goes like this. Catalan families have a Caga Tió.  A log that children hit with a stick while they sing the Caga Tió song and…well…it defecates presents. Starting on December 8th the children must feed it each day and cover with a blanket to keep him warm. On Christmas day (some families do it on Christmas Eve) the Caga Tió is sitting in the room and the children are told to go outside to sharpen their sticks (to hit the log with). While they are outside the adults stuff presents under the blanket covering the Tió. The children come back inside and as they hit the log with their sticks they sing the Caga Tió song:

shit nougats (turrón),
hazelnuts and mató cheese,
if you don’t shit well,
I’ll hit you with a stick,
shit, log!

You can’t make this stuff up! Anyway, Kim and Virginia knew how much I wanted to see this so they had me come over for that part of the celebrations. When I arrived the grandchildren were outside sharpening their sticks. After being introduced to Kim and  Virginia’s four children and spouses (I just hoped there wasn’t a test on each name and relation), we went inside while the grandchildren stayed outside. The adults stuffed presents under the blanket and the kids were then called inside. As the kids struck the log with their sharpened sticks everyone sang the song.  When the song ended the blanket was lifted to show the presents underneath.  The children opened their presents with such excitement! Once the presents were opened the children were sent back outside to sharpen their sticks again. This process went on for three or four times. Each time the log was struck everyone sang the song and shared in the thrill as the children lifted the blanket to see their presents. 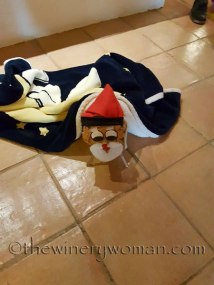 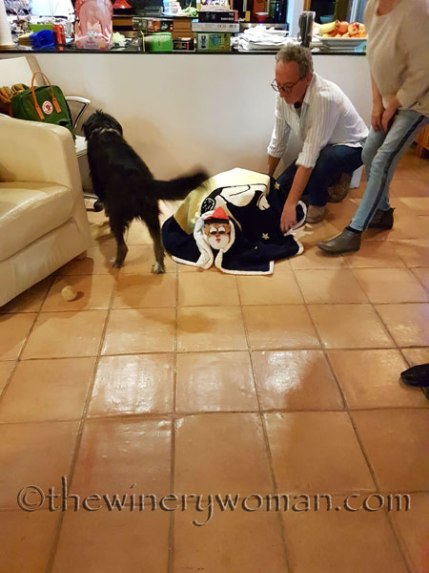 I haven’t been around kids opening Christmas presents for a very long time. It was so wonderful to see the delight on their faces! Caga Tió also had gifts for Bob and me.

Today we were supposed to have lunch at our friend Hanna’s home but we had to cancel that as well. Certainly not how we wanted to celebrate the holiday but these things happen.

It has been a good lesson in relaxing and going with the flow. There is so much pressure during this time of year to make everything perfect. But life happens.

I’ve enjoyed texting with family and friends and Skyping a couple of times with my sisters. It has made me feel close to them and their celebrations and has allowed me to share ours.

I hope you all had a Merry Christmas. Bon Nadal. Feliz Navidad.

"The earth laughs in flowers." ~Ralph Waldo Emerson
Joy
Gorgeous purple irises.
There is always light. Even after the rain...there is light.
#Repost @racecontrl
Celebrating 4 years in our happy place. Celebrating following our dream!