We are experiencing our second day of rain here in the vineyard. Tomorrow is forecast to be more of the same. A good soaking rain. Since we no longer own a rain gauge I have no idea how much we have had. I suggested at one point that we get one but we both laughed that off as a not needed item.

Today Bob went into Sitges to pick up his new driver’s license. WOOHOO! Well, it is the paper one until the official plastic one arrives via mail. I stayed home as I have been expecting two packages to be delivered. Both from Amazon but being delivered by two different carriers. It is now 6:20 p.m. and neither have been delivered. Besides the slow internet that we have to be patient with there is also delivery issues. There are no street signs in the village so describing where your casa is located in the address on sites such as Amazon and then getting the carriers to find you can sometimes be a struggle. But eventually they will. (read: I hope they show up soon)

I digress. While Bob went into town I wandered outside as the rain had stopped for a few minutes. I didn’t wander far as I wanted to be close when the deliveries showed up. Ha ha ha.

I was able to snap a few photos before the skies started to open up once again. The vineyard looks so beautiful. Sun or rain makes no difference. 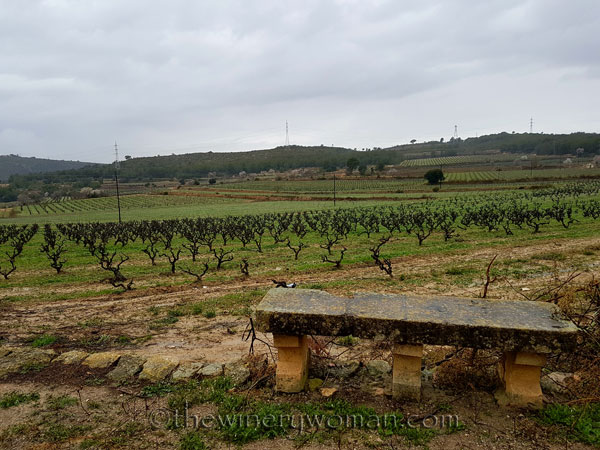 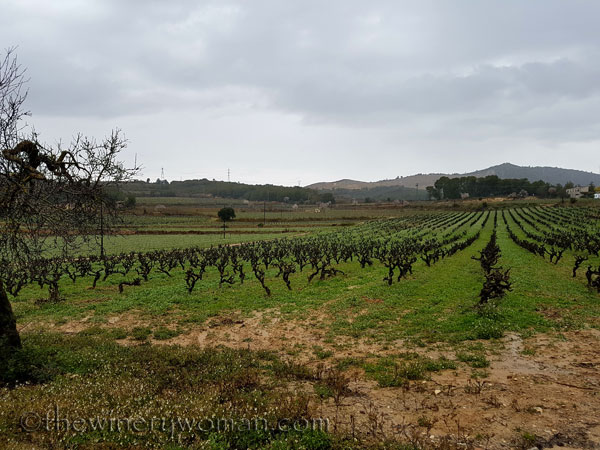 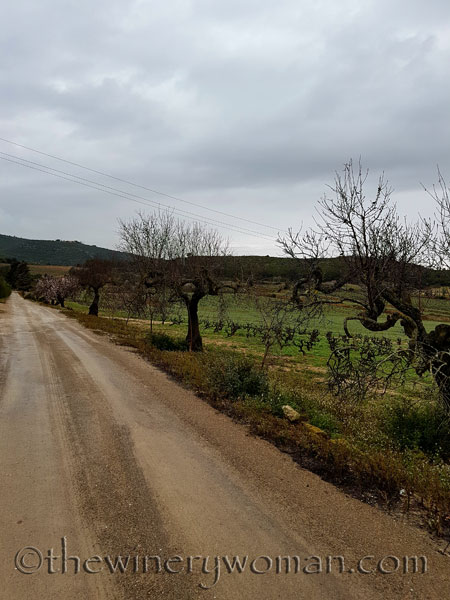 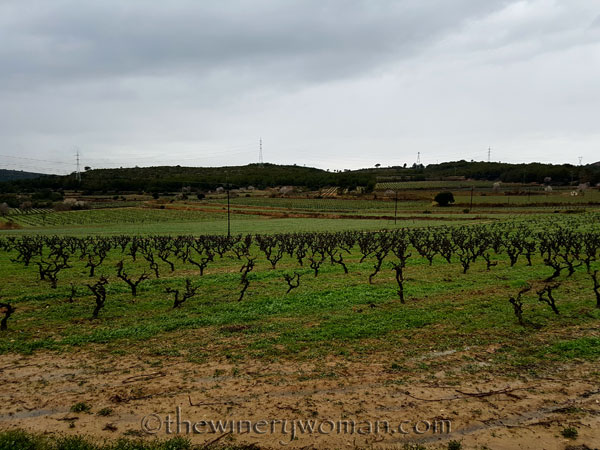 I’m sure the vines are loving the rain as are the almond trees that continue to bloom. 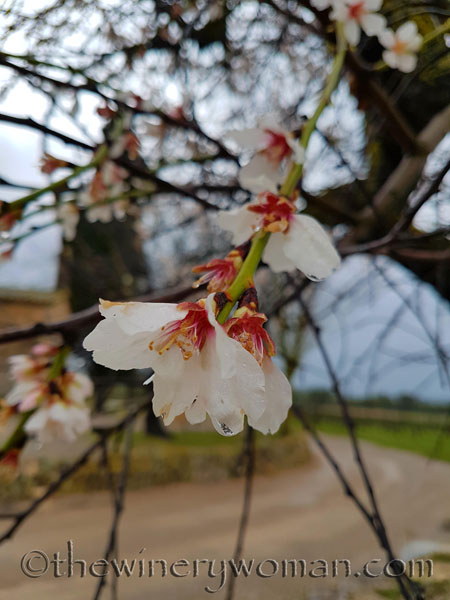 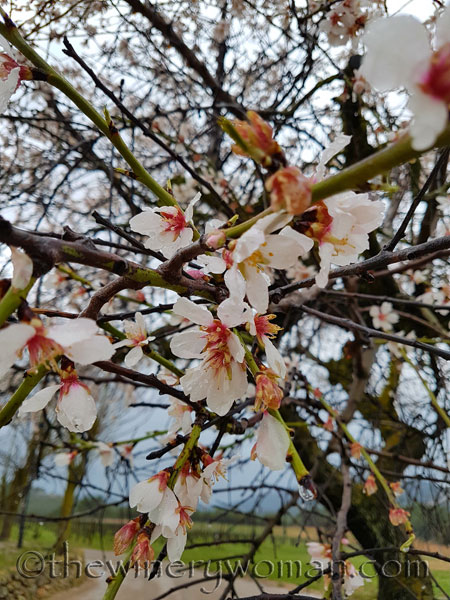 As with being patient about the internet and deliveries we need to be patient for the rain to stop and the sun to shine once again.

“Life isn’t about waiting for the storm to pass…It’s about learning to dance in the rain.”