We knew that today, 12 October, was a national holiday here in Spain yet we hadn’t looked into what that holiday might be. This morning as I sat down to write I finally read why this is a national holiday here. Guess what…it is Fiesta Nacional de España. Today commemorates the day that Christopher Columbus landed in the New World in 1492.

As in the U.S. the ‘celebration’ of this anniversary has been controversial over the years and will probably remain so for years to come. In the U.S. opposition to this holiday dates back to at least the 19th century. That’s a long time.

Today in Spain there is a new controversy happening. Due to the #CatalanReferendum of 1 October and all that has happened between Spain and Catalonia since then some shops and businesses in Catalonia have decided to remain open and not to celebrate this national holiday.

Let’s face it the world is always changing. There are always more than two sides to every story and those views will change as times change. Nothing stands still. And we cannot change history but we should certainly learn from it.

Below are photos that we took a few years ago of the memorial to Queen Isabella and King Ferdinand sending Christopher Columbus on his way from the palace in Córdoba. How could they have possibly seen how this would change the world? 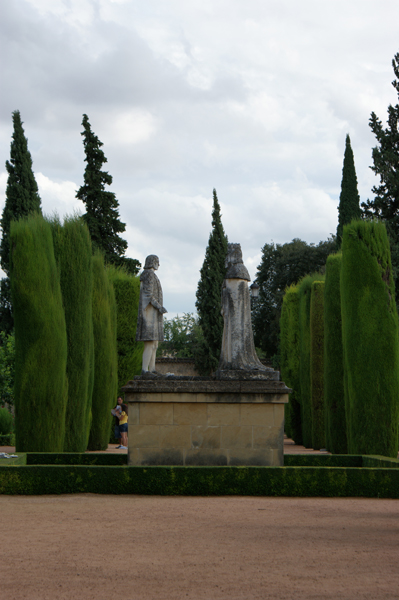