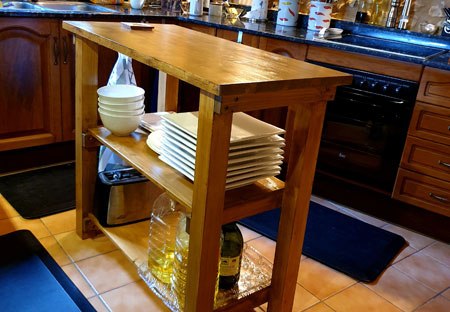 Bob the builder has been busy again. For the record, these were his ideas, not me suggesting another project for him. I just want that to be clear. 😉

When we have our neighbors and friends over for holidays or dinners we find that we need a bit more room for the wine, desserts and various other items. When we did Thanksmas last year and Thanksgiving the year before that we used a plastic folding table. It worked fine. Then earlier this month when we had everyone over for dinner we brought in a small outdoor table that Bob had made. It worked for that night but that got Bob to thinking.

A couple of days later he had built and painted and stained this beauty.

As Bob does all the cooking, it is important that the kitchen works best for him. In our kitchens back in the States, we usually had a built-in island. It really does make a huge difference having that extra work surface not to mention (okay I just did) the storage. So, Bob decided to build one. More of a butcher’s block island but it turned out perfect. 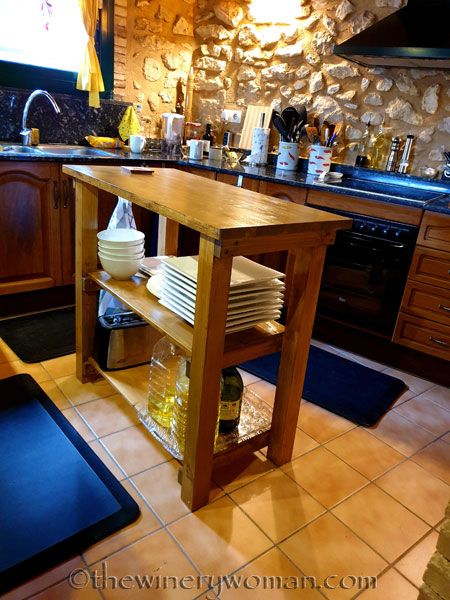 It is one meter high (just over three feet) so for the 6′ 3″ chef it is the perfect height. He then used the shelves for things we use a lot. Some items were in cupboards and others were down in the wine cellar (the only real storage area we have). So this makes it very convenient for him.

For those of you not used to having one of these, it may appear to be in the way but believe me, there is ample room all the way around it to open cupboards and get around the kitchen with ease.

Now, this isn’t quite the top we wanted to have on the island but sometimes in building something things just don’t work out. We ended up having two too short rough cut pieces of wood so what to do?! Make one shelf inside and the other will go outside. 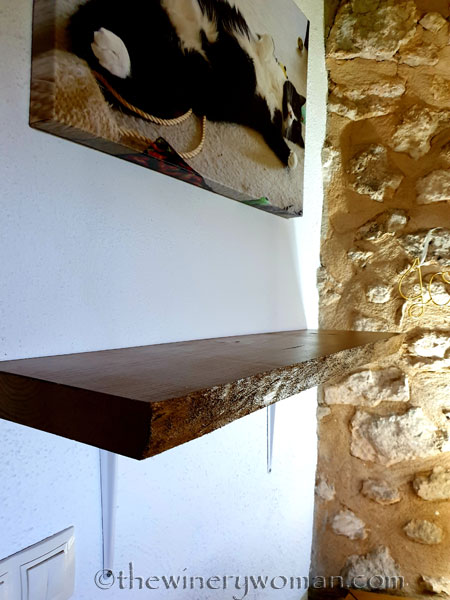 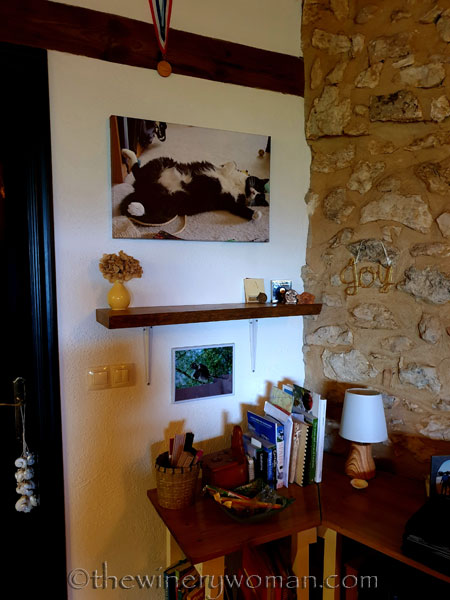 The last project (for now) was my idea. Bob built himself this fabulous stand-up desk when we moved here. A lot of his work means reviewing plans which are huge. Perfect for his desk however his desk (we won’t talk about mine) has stuff on it. So he would use the folding table to review the plans. The table is way too short to do this for long. When he was doing this once again this week I suggested that he just build a shelf under his desk. This way he could move stuff from the top of the desk to the shelf when he needs to work on plans. Perfect! 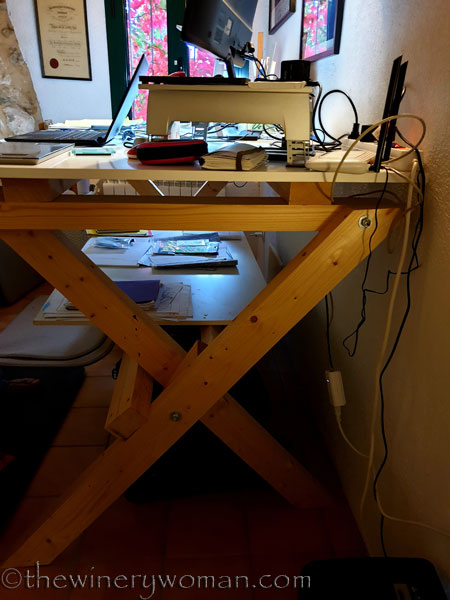 Hmmmmm. I think that covers all of his recent building projects. He sure is talented. You can read the other Bob the Builder posts below.

Bob the Builder is still building

Bob the Builder to the Rescue

10 thoughts on “Bob the Builder Has Been Busy”